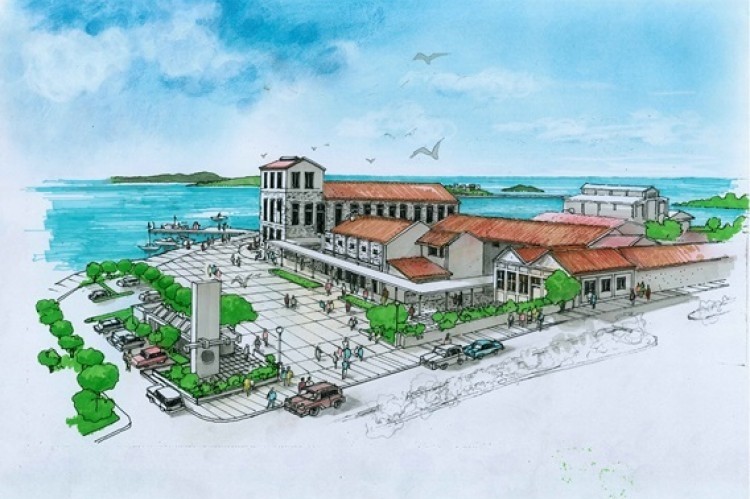 The historic olive oil and soap factory of Kırlangıç, one of the leading olive oil brands in Turkey, will be turned into a living center consisting of art galleries, restaurants, cafes and offices after a restoration project

In Ayvalık district of the province of Balıkesir, "Kırlangıç Olive Oil and Soap Factory" which stopped production in 2001 and was built in the 19th century will be restored and turned into a living center.

The Mayor of Ayvalık, Rahmin Gençer noted that turning the factory into a living center project was approved by Bursa's Committee for Protection of Cultural Assets and the Municipality will be implementing the project starting in fall. "This area will not just be an asset to Ayvalık but to the whole Turkey," said Gençer.

The factory building was built in the 19th century and is located on a total of 20,336 square meters with a 5,400 square meter indoor area. The property belongs to the Municipality of Ayvalık and will be restored with the "Kırlangıç Factory Restoration Project for Social Life." 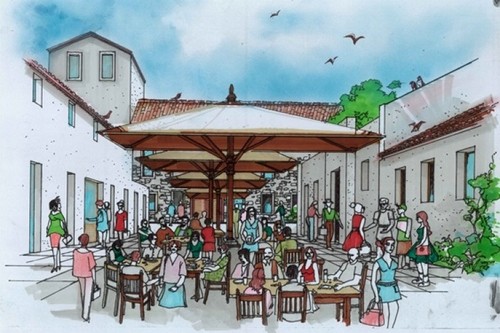 The factory was one of the main employment points of the district for over a century and promoted Ayvalık's olive oil and soap to the world and it is now turning into a social and cultural center.

Speaking to Anadolu Agency (AA), Gençer noted that the building dates backs to 1800s and has been producing olive oil and soap since the 2000s. Fazıl Doğan, one of the national heroes since the first years of the republic turned the factory into a refined one and in mid-1950s it was the largest olive oil and soap production factory in Turkey. Ayvalık's previous mayor, Ahmet Tüfekçi has acquired the ownership of the factory.

Serving the public and the community for more than 110 years and sometimes with up to 350 workers, the facility is well-known in both the national and the international markets yet it's been closed for almost 20 years. Gençer stated that they will be restoring the building by sticking to the same architecture and not enlarging the capacity of the facility.

Industry-wise, Ayvalık is on the way of becoming one of UNESCO cities and the restoration of the grand building will contribute to that. The aim is to turn the factory into a social center.

Gençer also highlighted the fact that after the population exchange in 1922-1923 many from Crete, Lesbos Island, Thessalonica, Bosnia and Bulgaria settled in the region and the rest of the population if Turks from Altınova and related villages. As a major part of the population arrived by immigration, the municipality is also planning on establishing a population exchange museum. Ayvalık was also one of the major locations where the war for freedom and the republic kicked off and therefore, there will be a city archive. In addition, it is an industrial center due to its olive and olive oil production and has both a cultural and industrial heritage, which the archive to be established will be displaying.

"Ayvalık is also the home of many artists with many galleries and Kırlangıç olive oil factory will also be hosting an art gallery," noted Gençer. In addition, the factory will host handcraft workshops, indoor and outdoor concert halls, restaurants, shopping centers and accommodation areas; a full life and culture center without destroying the original historical identity of the factory.

The municipality has been working meticulously with Ersen Gürsel, who holds a Mimar Sinan Award for the past three years and the project will be setting an example for restoration projects to be carried out in the future.

The factory is one of the symbols of Ayvalık like Şeytan Sofrası (or Satan's Table, an ancient lava accumulation located on a hill), Cunda Island and the previous City Club and the project has won the support of the press and the public as the municipality has been sharing details of each step within the past three years.

The municipality of Ayvalık doesn't hold any assets as large as this but just some small factories. "This factory will ensure that Ayvalık will become a city that meets the conditions of UNESCO's world heritage cities. While the old town was built centuries ago, soap factories, olive oil plants and warehouses were built around the coastline while the houses were built on the hills. Today, many of the factories still stand with their chimneys and architecture. Many of these buildings are currently being restored," said Gençer.

Some of these buildings will be turned into art galleries, restaurants, cafes and offices but according to Gençer what is the most important of all these restoration works is Kırlangıç factory and to restore and renovation to take place according to their previous architectural framework. "These will all help Ayvalık to become a much popular touristic destination and will contribute to the tourism of our country," concluded Gençer.