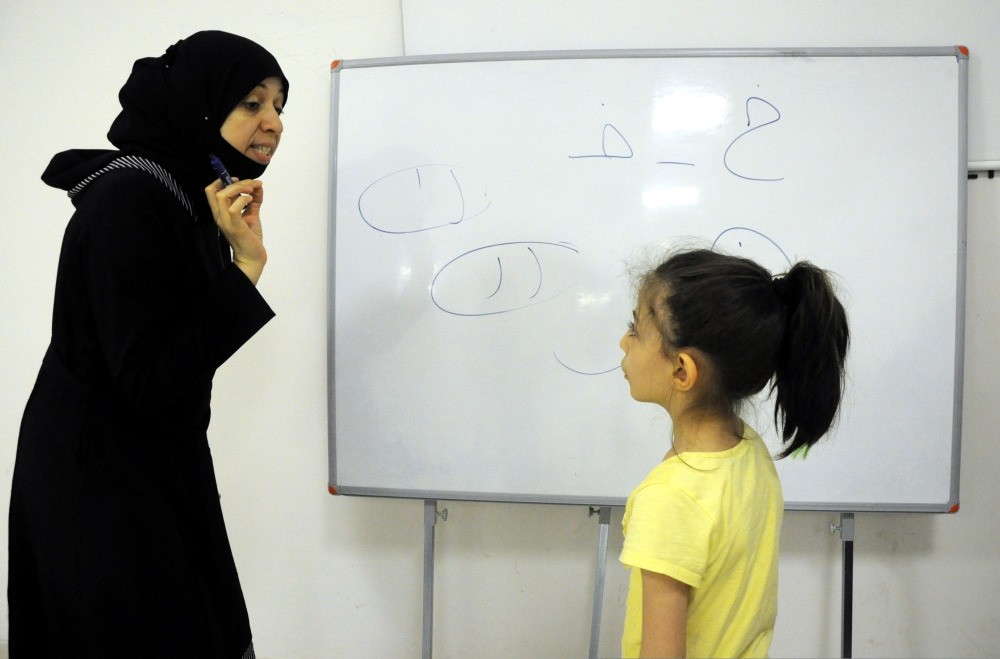 Reem Abdo certainly didn't imagine that she would teach Arabic to Turkish children when she graduated from a theology school in her native Syria years ago. But this is what she does in Turkey now; she settled with her family two years after escaping the civil war in her homeland. It is also the most rewarding job for the 40-year-old woman who says it will help Turkish children to mingle with their Syrian peers.

Abdo first left for Saudi Arabia when the civil war broke out in 2011. Unsatisfied with the living conditions there, Abdo, her husband and their four children left for Turkey, the country that hosts the most Syrian refugees in the world at about 3 million people. She lives in Gaziantep, a big city near the Syrian border, and it was there she came across the job vacancy for teaching Arabic. "A [Syrian] Turkmen teacher I knew told me the Family and Youth Center was looking for an Arabic teacher for a summer course for children. I applied and was hired," Abdo explains of her chance access to a teaching profession. Twenty children, all grade school students, attend the classes at the center operated by the local religious authority.

"I was supposed to study in Syria for a master's degree when the war started. I had to flee like other people did. I am happy in Turkey and I love teaching Arabic. If boys and girls here learn Arabic, they will better communicate with Syrian children," she says. Due to its proximity to Syria, Gaziantep hosts a sizable number of refugees who live either in refugee camps or in houses they have rented or purchased. With no end in sight to the conflict in Syria, Turkey is considering a better integration of refugees into society. Work permits were granted to refugees in 2016. Turkey, the EU and UNICEF have formally launched an EU-funded project aimed at encouraging Syrians and other refugees in Turkey to enroll their children in schools and prevent them from dropping out. Overall, Turkey has spent around $25 billion helping and sheltering refugees since the beginning of the Syrian civil war.