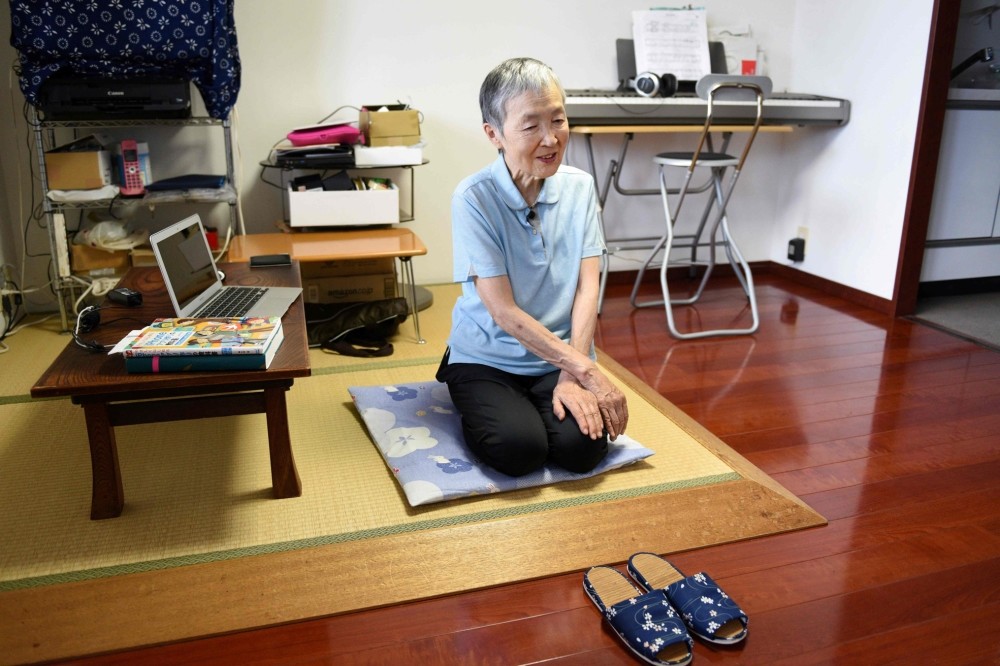 When 82-year-old Masako Wakamiya first began working she still used an abacus for maths - today she is one of the world's oldest iPhone app developers, a trailblazer in making smartphones accessible for the elderly.

Frustrated by the lack of interest from the tech industry in engaging older people, she taught herself to code and set about doing it herself.

The over 60s, she insists, need to actively search out new skills to stay nimble.

"As you age, you lose many things: your husband, your job, your hair, your eyesight. The minuses are quite numerous. But when you learn something new, whether it be programming or the piano, it is a plus, it's motivating," she says.

"Once you've achieved your professional life, you should return to school. In the era of the internet, if you stop learning, it has consequences for your daily life," Wakamiya explains during an AFP interview at her home near Tokyo.

She became interested in computers in the 1990s when she retired from her job as a bank clerk. It took her months to set up her first system, beginning with BBS messaging, a precursor to the internet, before building her skills on a Microsoft PC, and then Apple's Mac and iPhones.

She asked software developers to come up with more for the elderly, but a repeated lack of response led her to take matters into her own hands.

Wakamiya learned the basics of coding and developed "Hinadan," one of Japan's first dedicated app games for the over-60s -- she is now in such demand that this year Apple invited her to participate at their prestigious Worldwide Developers Conference, where she was the oldest app creator to take part.

"Hinadan" - "the doll staircase" - was inspired by the Hina Matsuri, a doll festival which takes place every March, where ornamental dolls representing the emperor, his family and their guests are displayed in a specific arrangement.

In Wakamiya's app, users have to put them in the correct positions - a task that is harder than it sounds, requiring memorization of the complex arrangements.

The app, which is currently only available in Japanese, has been downloaded 42,000 times with hundreds of positive comments from users.

And while these figures are relatively small compared to Japan's big-hitting apps that are downloaded in their millions, "Hinadan" has proved popular enough that Wakamiya plans to release English, Chinese and possibly French versions of the app before next year's festival.

Its success has propelled her on to the tech world stage, despite the industry's reputation for being notoriously ageist.

In Silicon Valley, workers in their 40s are considered old by some firms and according to media reports citing research firm Payscale, the median age for an employee at Facebook is 29 and at Apple is 31.

But international tech firms and start-ups are slowly waking up to the economic potential of providing for silver surfers, and Wakamiya has already met with Apple's chief executive Tim Cook.

Wakamiya recalls: "He asked me what I had done to make sure that older people could use the app. I explained that I'd thought about this in my programming - recognizing that older people lose their hearing and eyesight, and their fingers might not work so well."

"Mr Cook complimented me," she says proudly, adding that he had hailed her as a "source of inspiration."

Wakamiya concedes that she finds "writing lines of code difficult" but has a voracious appetite to learn more.

"I want to really understand the fundamentals of programming, because at the moment I only learned the elements necessary for creating Hinadan," she explains.

Wakamiya says her ultimate goal is to come up with "other apps that can entertain older people and help transmit to young people the culture and traditions we old people possess.

"Most old people have abandoned the idea of learning, but the fact that some are starting (again) is not only good for them but for the country's economy," said Wakamiya, who took up the piano at 75.

Hinting that her good health is down to an active mind and busy life, she adds: "I am so busy everyday that I have no time to look for diseases."