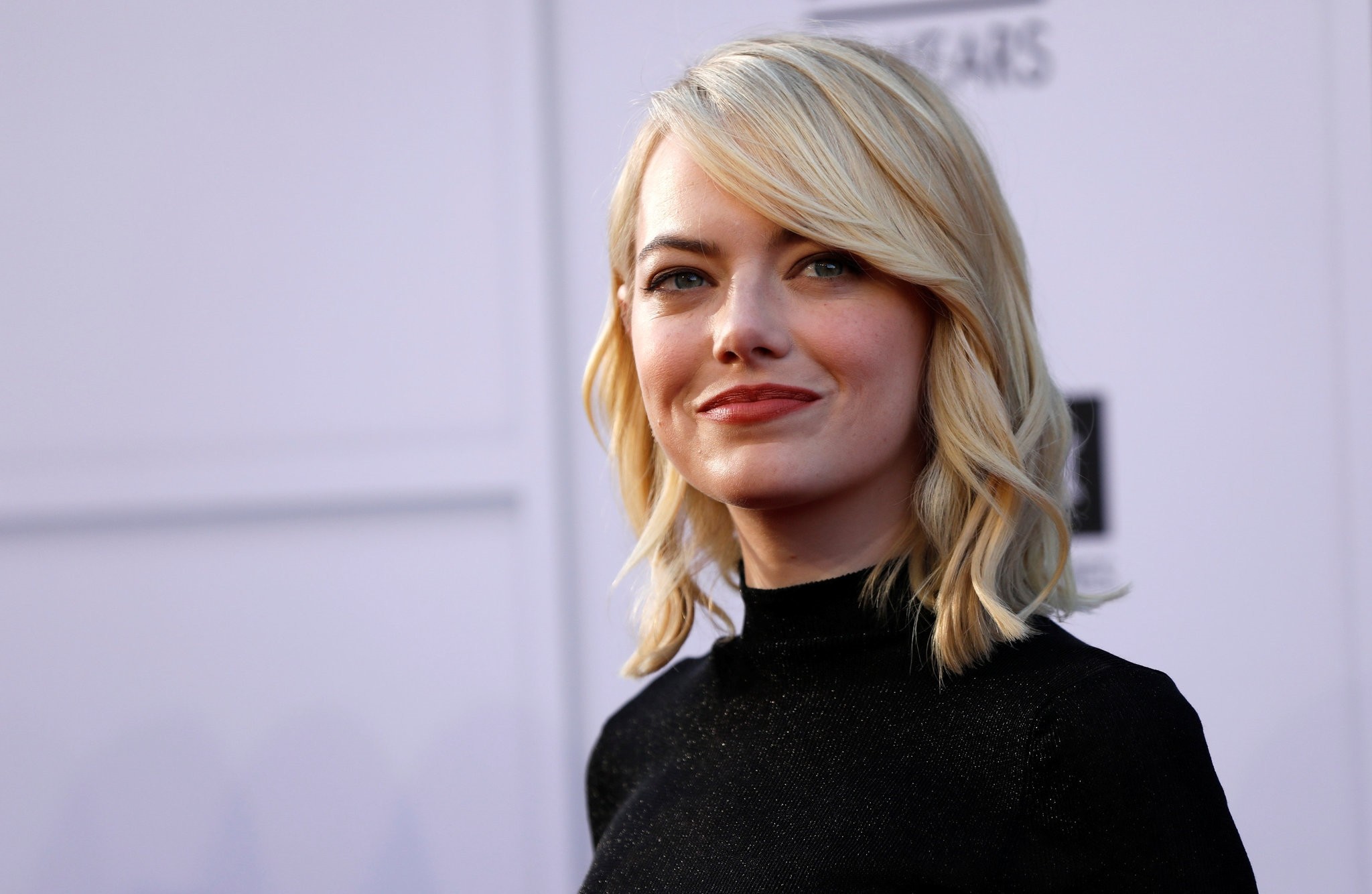 Stone, 28, who won best actress for her role as a struggling actress in "La La Land," made $26 million in pre-tax earnings, according to Forbes' calculations over a 12-month period from June 2016 to June 2017.

She outpaced Jennifer Aniston, 48, who came in at No. 2 this year with earnings of $25.5 million, with residual income still coming in from the television sitcom "Friends" and endorsement deals with brands such as SmartWater and Emirates Airline .

Lawrence, 27, who topped the Forbes list for two consecutive years, dropped to No. 3 this year with earnings of $24 million, almost half of her prior year's earnings of $46 million.

The actress, who has spoken out on equal pay for women in Hollywood, saw her earnings dip this year after the conclusion of the "Hunger Games" franchise, but continues to make money from movie deals and an endorsement deal with fashion brand Christian Dior.

Forbes compiles its annual celebrity earnings lists from box office and Nielsen data, as well as from interviews with industry insiders.

The top-ten list also includes Charlize Theron, Emma Watson and Melissa McCarthy. Forbes said no stars from Asia made the cut this year.

Forbes said the cumulative total earned by the world's top ten highest-paid actresses - $172.5 million - was down 16 percent from the previous year.

Last year, Dwayne "The Rock" Johnson topped Forbes' list of highest-paid actors at $64.5 million, more than double the amount made by Stone this year. Forbes is expected to release its list of top-earning male actors later this week.