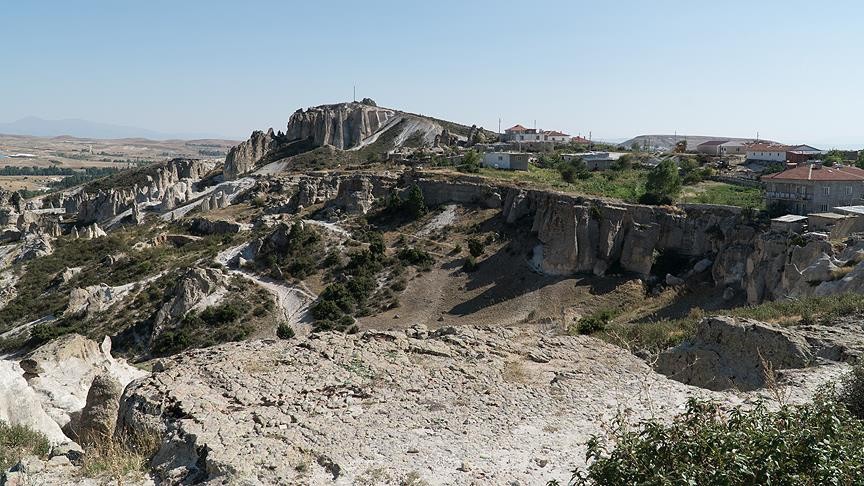 The Phrygian Valley, located within the boundaries of Eskişehir, Kütahya and Afyonkarashisar provinces, will be improved to promote the valley's natural values.

Planned by the Ministry of Environment and Urbanization, the first stage of the "Phrygian Valley Project" has been initiated with an area of 11,122 hectares, part of a natural site area.

The Directorate General for Preservation of Natural Heritage announced that the project aims to revive the Phrygian Valley, which has an ancient heritage dating back to 9,000-600 B.C., by protecting its preservation-utilization balance. As a result of the project, the natural values of the valley will be promoted, claims the directorate.

An area of 11,122 hectares in the Phrygian Valley, which is located in an area of 529,632 hectares, will be improved by protecting the natural values of the ancient site.

Feasibility studies were initiated in the first stage of the project to photograph every single square-meter of the valley to detect inappropriate structures. After completion, the ministry will develop an action plan.

The action plan requires that inappropriate structures detected in the valley be restored by taking the local architecture of the area into consideration. Environmental planning and infrastructure works and illumination and signboard services will also be carried out.

Once the project has been completed, the Phrygian Valley, home to a thousand years of Anatolian history and its cultural and natural beauties, will be transformed into an open-air museum in Anatolia to attract many visitors.