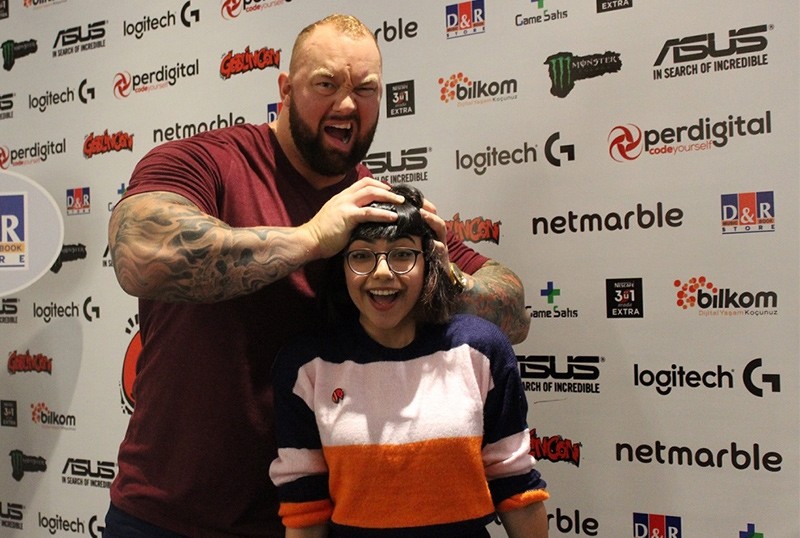 Ser Gregor Clegane, also known as The Mountain in popular TV series Game of Thrones visited recently Istanbul to meet game lovers and said that he loved the food and hospitality of Turkish people.

​Actor Hafthór Júlíus Björnsson, who plays The Mountain in Game of Thrones, and finished in the top three for the World's Strongest Man competition, met fans at a bookstore in Istanbul.

He signed autographs and took photos with Game of Thrones lovers.

Björnsson said that he loved Turkish food and the people, whom he said were very friendly and welcoming, Doğan News Agency reported.

He noted that this was his second time in Istanbul, but added that he did not get a proper change to go around the city.

"I thank Turkish people for being so courteous and welcoming in such a way" Björnsson said.