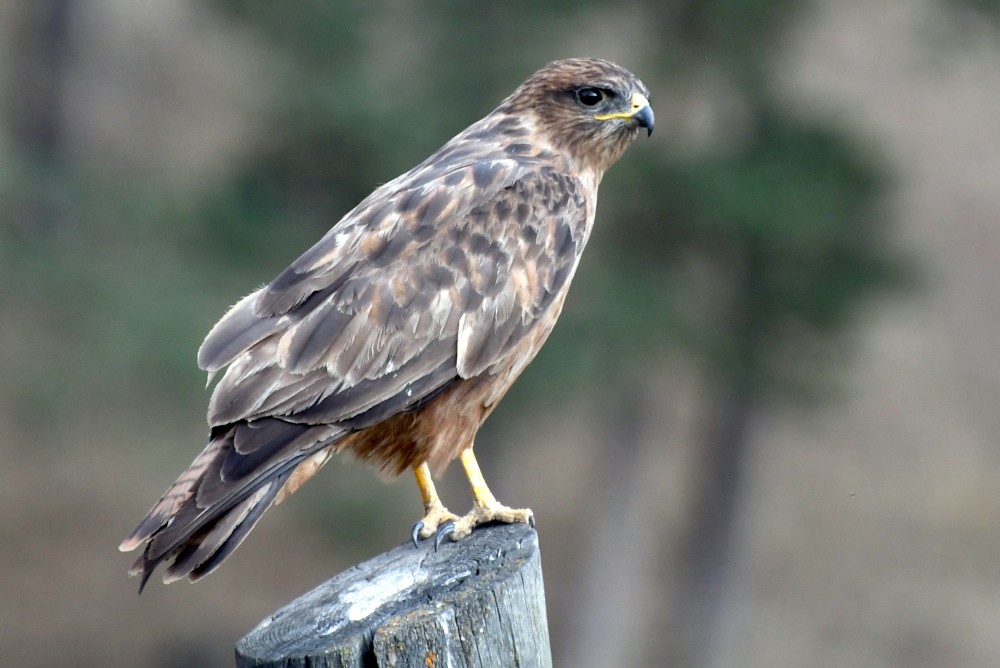 Long-legged buzzards (Buteo rufinus), which have the best maneuverability among birds of prey, are monitored with satellite transmitters in order to determine their migration routes.

Associate professor Çağan Hakkı Şekercioğlu, president of North Nature Association, and some college students have recently launched a project to determine the migration routes of the long-legged buzzards seen in large groups in the woodlands of the Handere region located at an altitude of 2,500 meters in the Sarıkamış district of Kars.

In the study, Şekercioğlu and his students monitored some long-legged buzzards with satellite transmitters they attached to the birds.

The buzzards' habitat is usually open areas such as steppes and agricultural land, but they also live in woodlands, rocky areas and woodland clearings. It is also common for these birds to group together for migration. "The Eastern Anatolia region is quite rich in terms of birds of prey. Buzzards, long-legged buzzards and other birds of prey are common in this area," Şekercioğlu said. "Autumn is time for migration. Some of the birds of prey in the region are here, but most of them migrate to hot countries in autumn through Turkey.

Explaining that hundreds of birds come together and use their energy very efficiently to migrate, Şekercioğlu said that because the long-legged buzzards are big birds, they can go up to a few kilometers without spending energy, ascending on rising air currents called the thermals, and then reach up to 100 kilometers, floating almost without flapping their wings. "We can see them because hundreds of birds rise at the same time on these thermals," he added.

Touching on the importance of migrating birds, Şekercioğlu said it is of great importance to protect birds of prey migrating in this season. "We ask citizens to be sensitive and not harm these birds. These are one of the greatest riches of Turkey because migratory birds passing through our country have two main migration routes," Şekercioğlu said, explaining that one route goes through Istanbul from the northwest while the other goes from northeastern Anatolia to the Belen Passage in Hatay through Kars, Iğdır, Ardahan and other provinces, and that the birds using these two migration routes meet up in Hatay and then go to Africa.

The fact that hundreds of long-legged buzzards, usually not seen in groups, came together in the Handere region, which is on their migration route, created an interesting sight.