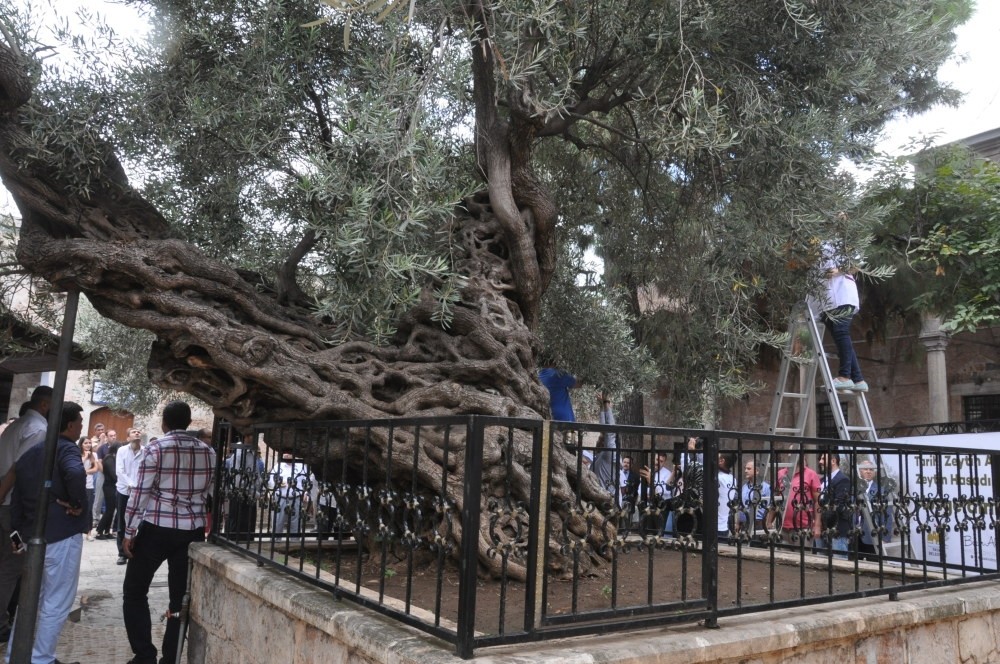 Olive trees are known for their endurance and the older the tree gets, the more high quality the olives are that are harvested from that tree. A 1,350-year-old olive tree located in the garden of the Sarı Selim Mosque in Hatay Province has given the first olives of the season.

Registered as a "monumental tree" by the Cultural and Natural Heritage Preservation Board in 1976, the 13th century old tree has given 300 kilograms of olive in the first harvest of the year.

The tree is featured in history books as well. According to documents and stories passed down from generation to generation orally, Sultan Selim I ordered the court architect, Mimar Sinan, to build a "külliye" (Islamic social complex) after conquering modern-day Hatay following the Mercidabık War in 1574. To build the building, Mimar Sinan cut each of the olive trees in the area except for one.

When the Sarı Selim Mosque was built during the reign of the Sultan Selim II, the olive tree remained in the garden of the mosque and began to be considered as a symbol of peace and abundance. Therefore, the tree has been called "Hünkar Zeytin" (Sultan Olive) ever since.