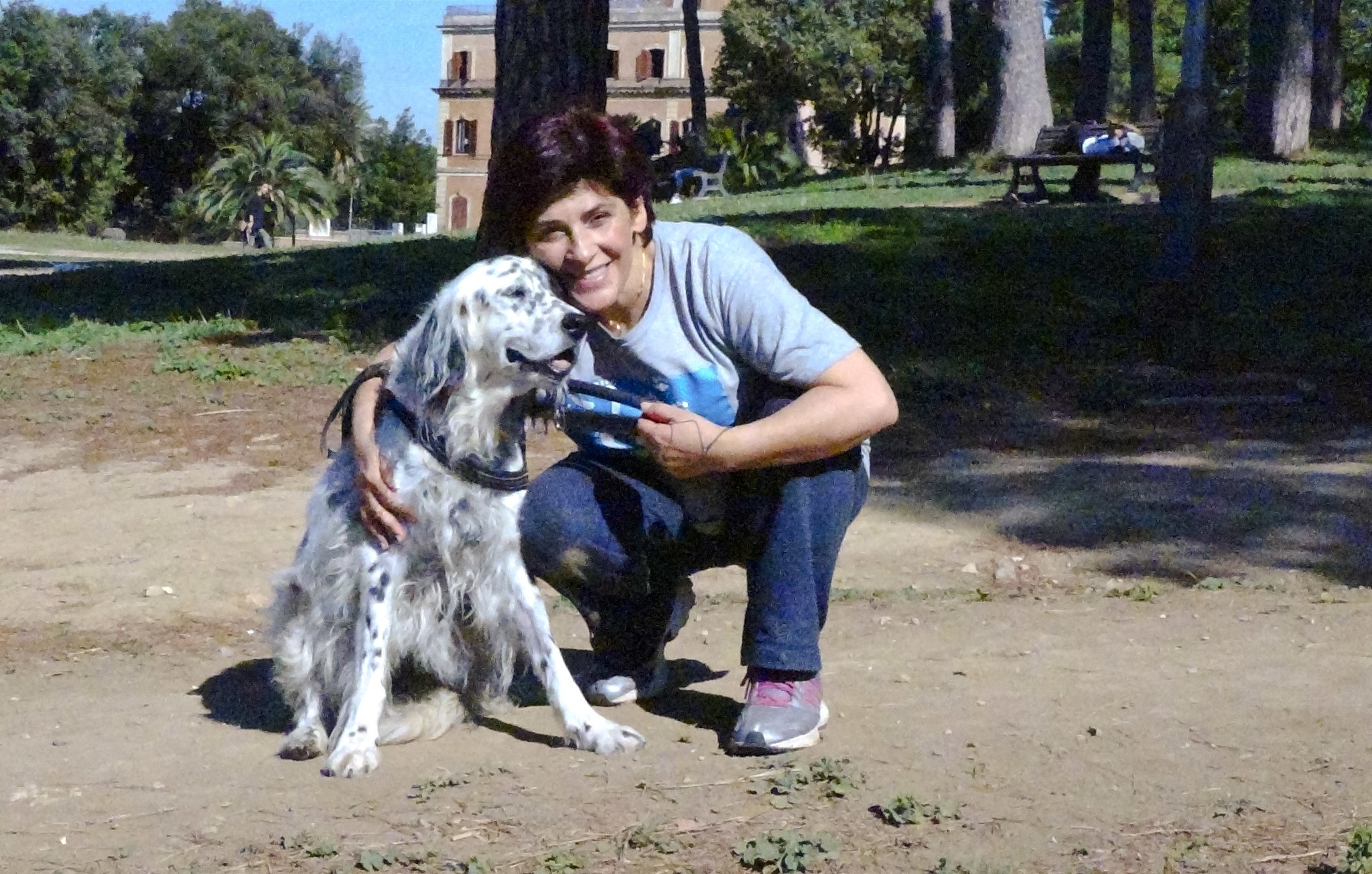 This undated photo made available Oct. 12, 2017, shows an Italian librarian who has won the right from her employer to use family sick leave to care for her ailing pet, posing with her dog Cucciola in a park in Rome. (AP Photo)
by Compiled from Wire Services Oct 13, 2017 12:00 am

An Italian librarian who says her English setter is her family has won the right from her employer to use family sick leave to care for her ailing pet instead of having to use vacation days.

The woman, who lives on her own, had unsuccessfully requested two paid days off at first, the animal protection organization LAV said. She had no alternative other than to take care of her 12-year-old dog, Cucciola, who was due to be operated on.

After the LAV had offered legal assistance to the women, her employer had relented. La Sapienza University confirmed this on Thursday.

The dog owner has initially cited "family reasons" for her absence, but her employer had insisted she take two days of vacation. The animal protection organization, however, had argued that a lack of assistance and care for an animal in need is tantamount to animal cruelty.

The university then gave the employee two paid days off as requested. "It is another important step forward to acknowledge that animals ... are part of the family in every respect," said LAV President Gianluca Felicetti.

LAV president Gianluca Felicetti says in a statement that anyone who obtains a veterinarian's certificate should enjoy the same benefit, citing Cucciola's case as precedent.

The woman said Cucciola is recovering well from surgery for a breast tumor and a larynx problem. The woman, who is single and has no family help for Cucciola, declined to be identified. She had adopted Cucciola, found abandoned in a Rome park.