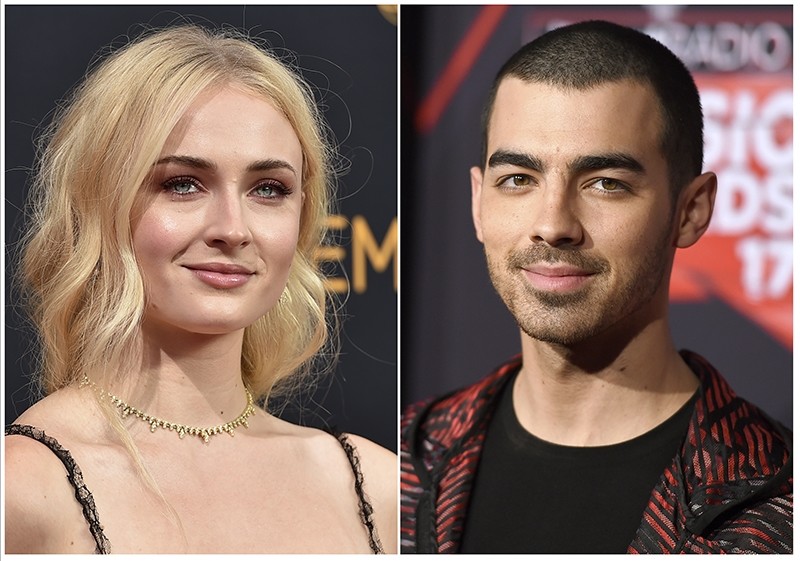 Turner and Jonas shared the same photo on Instagram on Sunday of her hand sporting a diamond ring, resting on top of his. Turner noted in her caption that she "said yes."

21-year-old Turner has starred as Sansa Stark on "Game of Thrones" since she was 15. She played Jean Gray in last year's "X-Men: Apocalypse" and will reprise the role in a follow-up next year.

Jonas shot to fame with his siblings as part of The Jonas Brothers. The 28-year-old now fronts the pop band DNCE.

The engagement announcement is the second this year from the cast of Game of Thrones, with the first being British actor Kit Harington and fellow Game of Thrones star Rose Leslie .

Harington, who plays Jon Snow, and Leslie, Ygritte in the series, had announced their engagement with an unassuming traditional ad in The Times newspaper.

The actors, who are both 30 years old have been together since 2012.

The 8th and final season of HBO's hit show GoT will consist of six episodes, and is expected to air in late 2018 or early 2019.

The series has more Emmy Awards than any narrative show in history and airs in 170 countries, with viewership figures shattering records across the world.