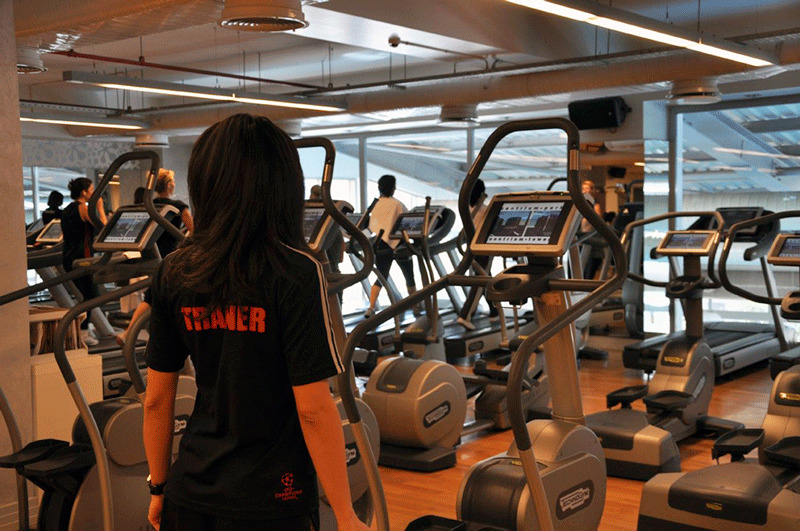 Saudi Arabia's appointment of its first female head of sports should attract more women into gyms and on to sports pitches in a nation where women are not allowed to exercise with men, female sports organisers said on Friday.

Her appointment came amid a series of changes for women in Saudi hailed as a new progressive trend including giving women the right to drive and encouraging more women to work.

But a guardianship system, under which a male family member must grant permission for a woman to study, travel and other activities, remains in place.

"It's going to be changing stereotypes because of her appointment in that role as the head of both genders," she told the Thomson Reuters Foundation from Jeddah.

Female participation in sports has long been a controversial issue in Saudi where women cannot exercise with men and there are no public sports facilities for women as many conservative Muslim clerics consider sport for females as immodest.

Saudi Arabia didn't send any women to the Olympics until 2012.

But this has taken its toll, with around 44 percent of women classified as obese in Saudi Arabia which has some of the world's highest rates of obesity and diabetes.

"It's everybody's right to have access to these facilities and to look after their health ... women are realising that if they are not doing (exercise) already it is just bringing those statistics and facts to light," said Turner.

According to the kingdom's Vision 2030 reform plan, only 13 percent of the Saudi population exercises at least once a week. The plan aims to boost that number to 40 percent.

Bint Bandar - daughter of a former Saudi ambassador to Washington - championed the licensing of female-only gyms and sports clubs in her previous role leading the women's section of the national General Sports Authority.

Turner said she hoped in addition to getting more women into sports her own business would benefit.

"For us to be able to grow more clubs and that we can get licenses and knowing that somebody very confident and very capable is in charge of sports ... it just gives us a huge amount of confidence," Turner said by phone from Riyadh.

Al Maeena, who is also a member of the advisory Shura Council, said having a woman in the role would have a knock-on effect across Saudi society.

"I see a lot of business opportunities, a lot of women empowerment," she said.