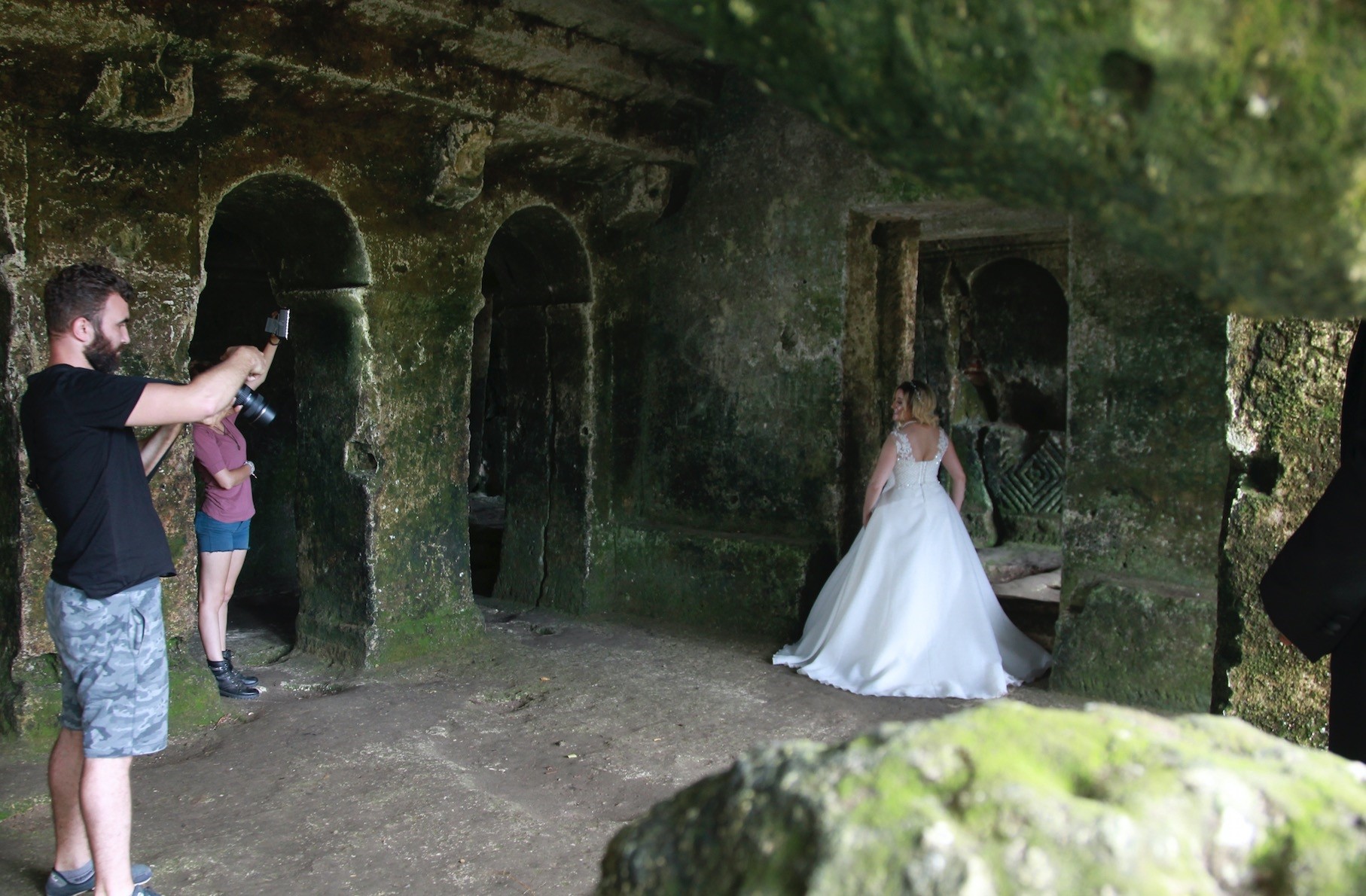 Constructed in the village of Kıyıköy in Vize district in Kırklareli province during the time of Justinian I, St. Nicholas' Monastery is a natural photography studio for photographers.

With a church and ayazma (holy spring of Orthodox Greeks), the monastery, which is 700 meters (2,297 feet) from Kıyıköy village, was constructed by carving rocks in the sixth century.

Used as a natural photography studio, especially by newly married couples, the monastery attracts amateur and professional photographers and photography safaris due to it history and natural beauty.

Speaking to Anadolu Agency (AA), Kırklareli Culture and Tourism Director Necmi Asan said the monastery has become popular in the world recently, adding that the monastery is one of the best examples of rock monasteries in the world and has a beautiful structure. "The monastery is worth seeing. It is an authentic example of rock monasteries in the world. Thus, visitors excite us. Our youth and married couples and nearly 150,000 Turkish and foreign tourists immortalize their moment by taking photos at this beautiful place," the director said.

Photographer Alahattin Gök implied taking photos at the monastery is a pleasure, as newly married couples come to the monastery from Istanbul to take their photos. "When I show this place to couples, they really like it. Not only the green fields but also the historical parts attract their attention," Gök said, adding that photos taken in historical areas are clearer and beautiful.