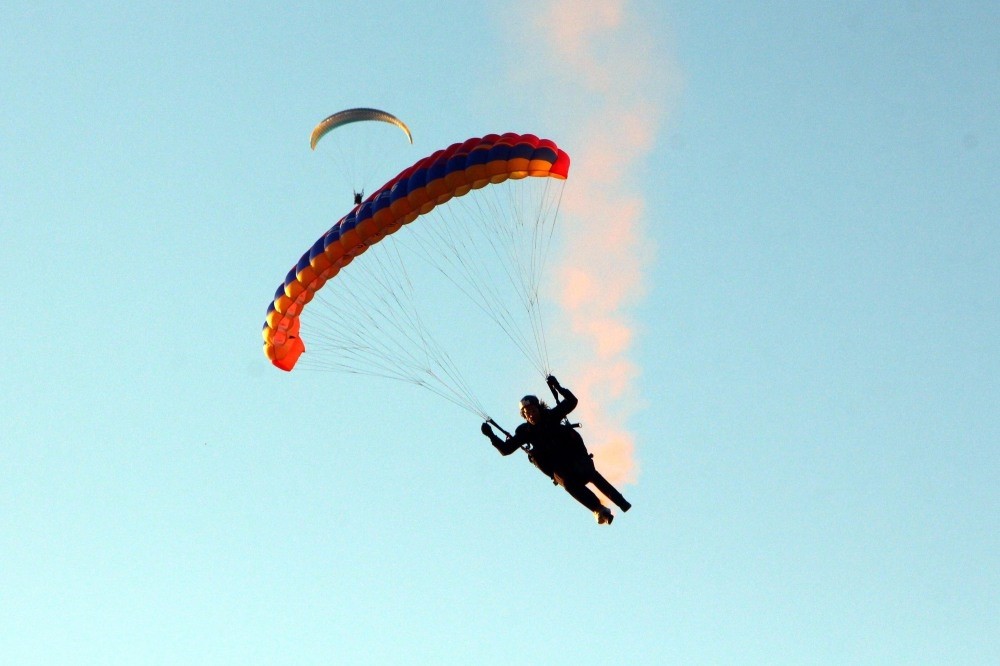 The games welcomed 82 athletes from around the world. Among the pilots at Sky Games Ölüdeniz, 40 stunt pilots who are recognized by the world stunt league displayed their show. Paragliding stunts attracted the most attention from the audience.

Speaking to the press following the event, Kadri Tuğlu, the festival chair, said Sky Games Ölüdeniz is one of the biggest three sky shows in the world. He said the games are open to both amateurs and professionals and continued: "The pilots with wingsuits can reach to the speed of 220 kilometers per hour. With the aerodynamics of the suits, they can put on extraordinary shows in the sky."

Babadağ in Fethiye's Ölüdeniz region is one of the best places in the world to paraglide. The region has gained international recognition due to the games. About 2,000 flights take place daily at the event.