Japanese police after stray cat for murder of elderly woman 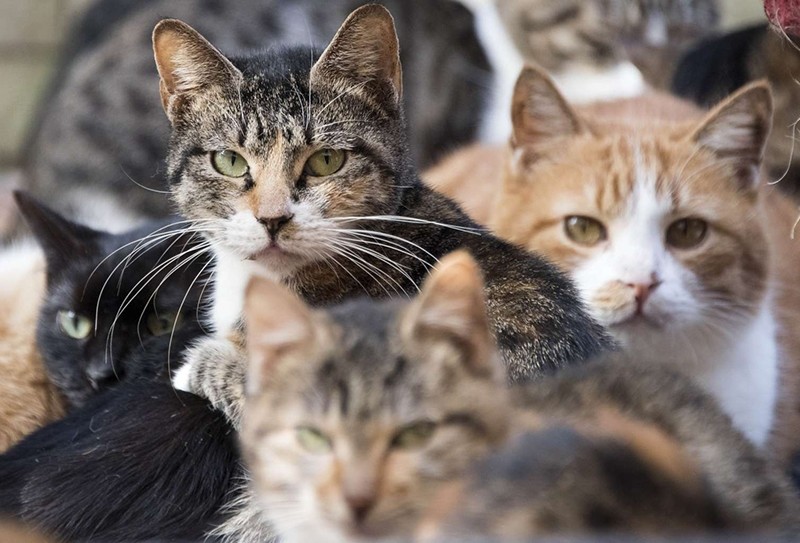 A Japanese police probe into the attempted murder of an elderly bedridden woman has reportedly led to an unlikely suspect: a stray cat.

Mayuko Matsumoto's daughter found her bleeding profusely from about 20 cuts to her face on Monday at her home in a mountainous region of southern Japan.

Police launched an attempted murder investigation after seeing the wounds, some of them relatively severe, according to local broadcaster RKK.

"When we found her, blood covered everything above her chin. Her face was soaked in blood. I didn't know what had happened," Matsumoto's daughter told RKK.

Matsumoto, who is 82 years old and reportedly unable to speak, had to receive emergency care, Kyodo News said.

Investigators found no sign of people entering or leaving the house at the time of the suspected attack, the private network NTV said.

They then realized that Matsumoto's wounds looked like cat scratches, it added.

Police turned their attention to the stray cats loitering around Matsumoto's house, and found traces of what may be human blood on one of them, the Nishinippon Shimbun newspaper said Friday.

"Police are analyzing a blood sample taken from the claw of the cat which might have scratched the victim," national broadcaster NHK reported.

A police spokesman declined to directly comment on the case on Friday, but told AFP that investigators were not disputing the media reports.