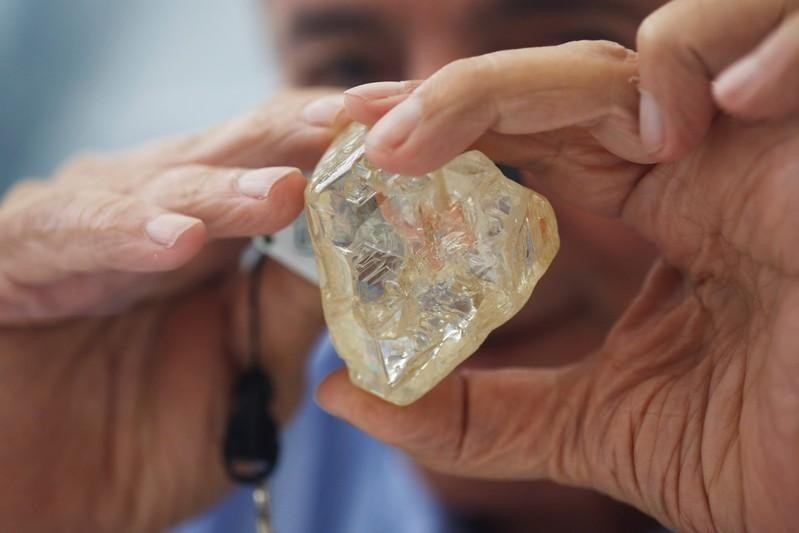 It appears to be the 29th largest diamond ever found, according to experts, but it is unclear what the hefty stone might be worth.

The latest discovery came, as did its predecessor, in the province of Kono, said Sahr Wonday, director general of Sierra Leone's National Minerals Agency.

For Wonday, the latest find "provides a remarkable indication of the potential of the mineral resources" in the area.

He said the company that uncovered the stone, Meya Mining, has won government approval to export it and the diamond is to be sold at international auction.

Last month, Sierra Leone announced it plans to auction off a massive 709-carat diamond at a December sale in New York, aiming to make a clean break with the "blood diamonds" of its past.

The stone, which was unearthed in March, is the largest discovered in Sierra Leone in almost a half-century and is between the 10th and 15th largest ever found worldwide, experts say.

Sierra Leone authorities told reporters that the massive gem will go up for sale on December 4 at Rapaport Auctions, which specializes in the diamond trade.

The government has pledged to be transparent regarding the stone's sale, mindful of the history of cross-border diamond trafficking that fuelled Sierra Leone's civil war from 1991-2002.

Such "blood diamonds" were often found by enslaved members of the population, who were killed or maimed by rebel groups if they refused to dig.