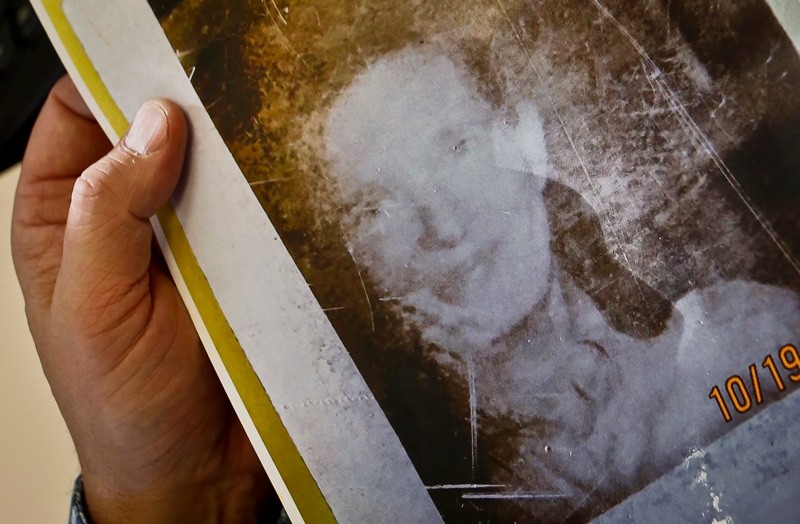 The 78-year-old woman's mind was clouded by dementia. But she recognized the brunette with a slight smile in the faded picture from the 1970s detectives showed her.

"Me," the woman uttered in a voice barely above a whisper.

The picture helped investigators visiting an assisted-living facility near Boston last month verify they had finally found Flora Stevens. She had been a $2.25-an-hour chambermaid at the grandest hotel in upstate New York's Catskills when she was dropped off at a hospital one summer night in 1975 and vanished.

The discovery of a woman missing for 42 years drew widespread attention and news coverage, accompanied by a police photo of the smiling woman in a wheelchair with a teddy bear in her lap and flanked by the beaming detectives.

But the elation was mixed with mystery. Where did she go and what did she do all those years? Was she running? From what? Investigators were able to put together some of the timeline, including stints at other care facilities. But with the woman's condition and the passage of time, many other details may never be known.

"To be honest, I don't think she ever really wanted to be found," said Festus Mbuva, a former worker at the Boston-area facility who helped care for her for a decade. "You can tell something happened in her past that she didn't want any part of."

Florence "Flora" Stevens was among the hundreds of hotel workers who once flooded into this lake-laden area north of New York City each summer. She worked for several summers at The Concord, a sprawling resort with more than 1,200 rooms that was considered a jewel of the Catskills' Borscht Belt.

A Concord job application from 1975, signed "Mrs. Flora Stevens" in neat cursive, says she went to high school less than two hours away in Yonkers.

The man she listed as her husband, Robert Stevens, worked there, too, though it's not clear what he did there. Police have not confirmed they were actually married. Her application includes no phone number or local address. She listed an address in Seattle.

On the evening of Sunday, Aug. 3, 1975, 36-year-old Flora Stevens was dropped off by Stevens at a small hospital a couple of miles from the hotel in Monticello, at the time a bustling tourist hub.

Two hours later, he came to pick her up. She was gone.

Authorities say they cannot divulge why she went to the hospital that evening because of privacy laws, and they don't know what she did once she was dropped off. But there was a bus station nearby, and she might have had some money that Sunday evening.

"She had just been paid, probably had a weekend full of tips in her pocket," said Sullivan County sheriff's Detective Rich Morgan.

Robert Stevens reported her missing soon after. Transient summer workers disappeared all the time, and this one didn't even merit a story in the local weekly. But Art Hawker, a young sheriff's detective in 1975, said he gave this case extra attention because with her last being seen by a companion, it raised "red flags."

The break did not come until September this year with the discovery of skeletal remains east of Monticello that matched Flora Stevens' general characteristics.

That turned out to be a false lead, but it led Morgan and Detective Sgt. Ed Clouse to cross-check more recently available databases that showed someone in Lowell, Massachusetts, had Flora Stevens' Social Security number and a similar name, Flora Harris.

Flora Harris had been at the CareOne facility in Lowell since 2001. She had a court-appointed guardian from New York state, which paid her bills. The record is spotty before then, though authorities said she had a previous guardian from about 1987 and spent time at least part of that time in care facilities in New York City and New Hampshire.

Mbuva, who left CareOne last December, said the woman rarely talked about her family other than to say she came from a bad marriage and her husband had been abusive. Police in New York would not comment on that claim.

Over the years, Mbuva gleaned a few other tidbits: Stevens had grown up in Yonkers, had been a hairstylist and went to the 1969 Woodstock concert, held down the road from The Concord.

But Mbuva noted she never gave up much about herself. "Her favorite phrase was 'none of your business.'"

Last month, detectives Morgan and Clouse headed to Lowell. They were not been able to find any living relatives. But they came armed with photos they hoped would trigger memories.

This, apparently, was a good day. She recognized her own picture and that of Robert Stevens she uttered the word "Robert." She also was shown a picture postcard of The Concord with a happy poolside couple in the foreground.

While police were able to close the missing-person case, the prospects of finding out more are unclear.

Robert Stevens died in 1985. The Concord closed in 1998. The hospital where Flora Stevens was dropped off is abandoned. And the woman at the center of the mystery is revealing little. Administrators of the Lowell facility declined requests from The Associated Press to interview Flora Stevens.

"Most of the secrets are locked inside of Flora," Morgan said. "And I don't think we'll ever get them."