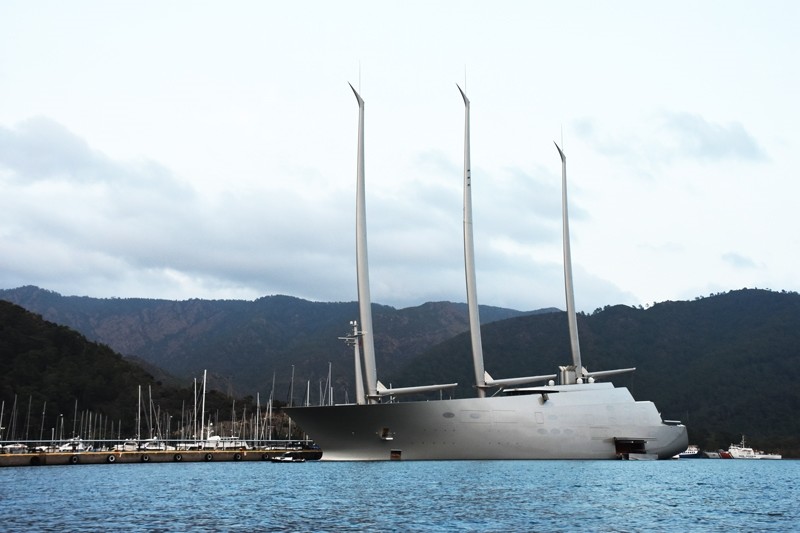 The deceptively named "Sailing Yacht A", a gigantic 143-meter-long vessel equipped with 100 meter tall carbon fiber sailing masts, is the largest of its kind in the world, according to Boat International.

The $450 million vessel will need a crew of 54 once it is fully operational with 20 passengers aboard.

Andrey Melnichenko is a Russian industrialist and philanthropist. With an estimated personal wealth of $13.2 billion, he ranked 89th in the Forbes World's billionaires list and 9th in Russia in 2017.