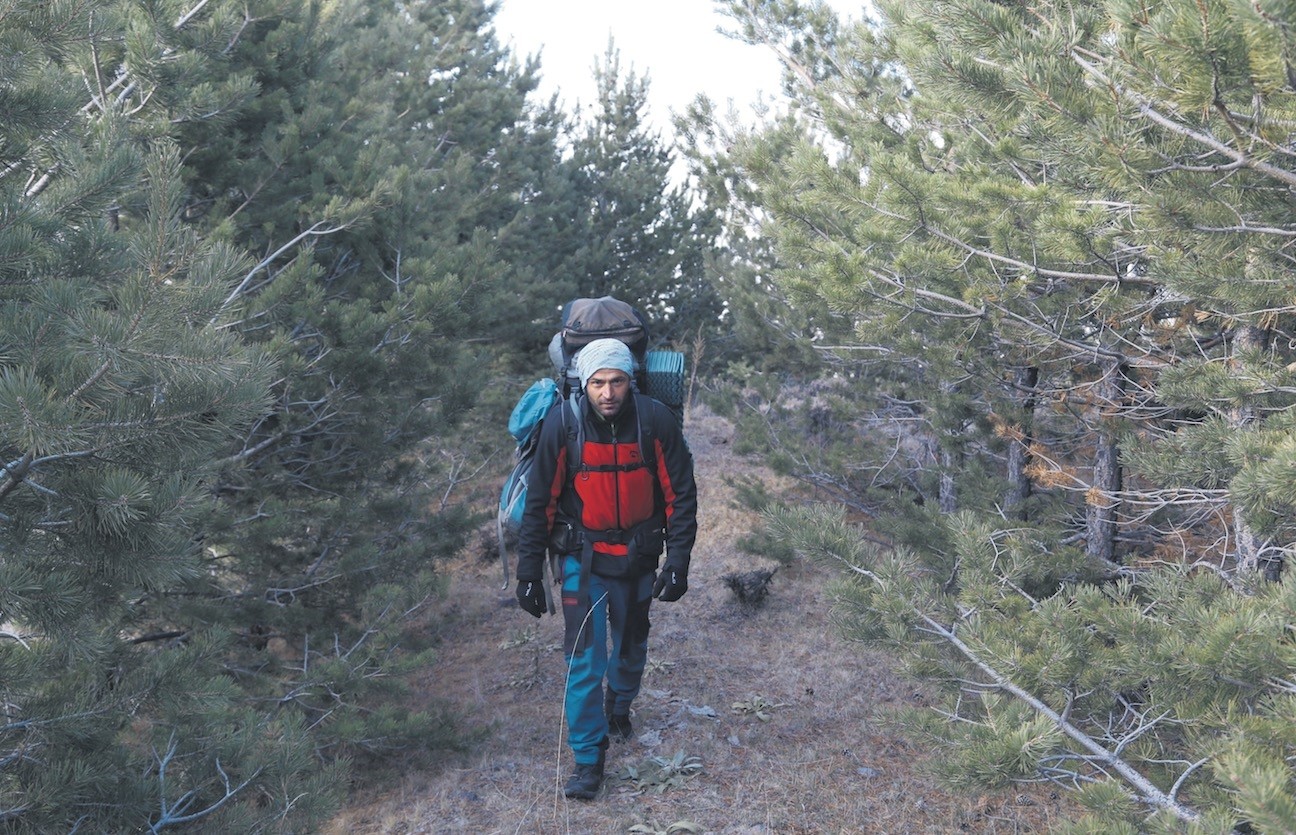 Known as "The Son of the Mountains," Bülent Erkan, who is residing in the İspir district of Erzurum province, has devoted himself to nature and mountains. He quit hunting after he saw the tears of a chamois that he was about to kill.

Erkan, 37, began hunting partridge, rabbit and fish with his family after primary school. Continuing to hunt partridges in the mountains when he returned from the army, Erkan saw a mountain goat known as a "chamois" on one of his hunting days.

Speaking about the day, Erkan said: "I laid an ambush for the chamois from a 3-meter distance. When I got ready to shoot it, camouflaging myself, I saw its tears and thought what I was doing was wrong. I set the chamois free. I devoted myself to protecting nature and the mountains, quitting hunting."

Erkan, who lives in the Yedigöl neighborhood of İspir, says he always walks around the mountains, putting fish larvae into the lakes that don't have any fish and working on the mountains with less trees to protect nature. He added: "I have taken photos of animals in the mountains for nearly 17 years after quitting hunting. I prepared an aquarium in the village, and then I made trout breeding in an area that is close to the lake."

"When I want to see a bear, I go and greet it. My preference is to view natural life instead of hunting. I also climbed many mountains in Turkey such as Mountain Ararat, the Palandöken and Kaçkar Mountains," said Erkan.

Speaking about his nickname, which was given to him since he protects nature in the mountains, Erkan also noted he had first-aid training along with climbing training. Mentioning the reaction of his family to his life in the mountains, he continued: "I visit my home in order to get my supply of food for once or twice a month. My only aim is to protect and transfer our rich and natural life to the next generation."

Erkan has drawn attention through a film speaking about his story. A documentary film titled "The Sons of Mountains," which focuses on his life story and was directed by Yavuz Selim Taşçıoğlu last year, was shown at many international film festivals and competitions and won an award for best documentary.