‘Feminism’ named word of the year by top US dictionary 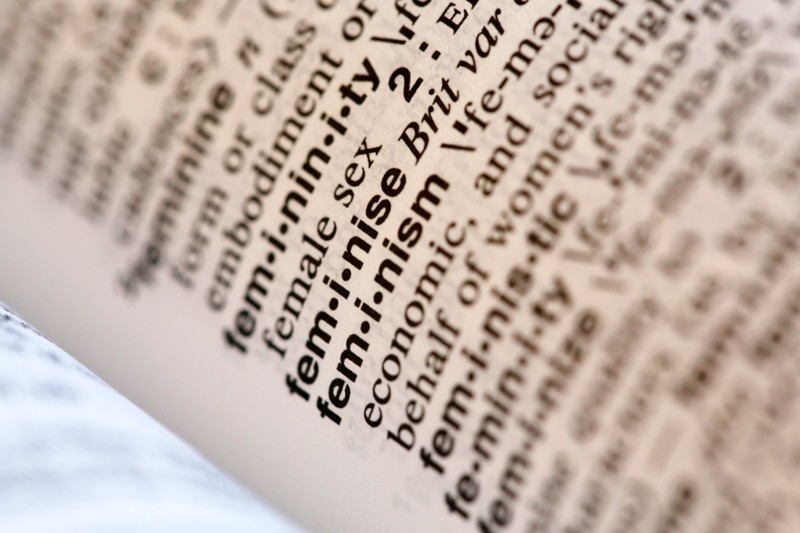 Thanks to Donald Trump and Harvey Weinstein, 'feminism' has been named word of the year by a top U.S. dictionary.

Inspired by women's protest marches against the U.S. president, the #MeToo campaign around sexual harassment and the superhero box office hit "Wonder Woman", the F word shot to the top of the agenda in 2017, according to Merriam-Webster.

Online searches for feminism were up 70 percent on 2016, with interest spiking following several news reports about women's rights, according to the dictionary.

Merriam-Webster defines feminism as "the theory of the political, economic, and social equality of the sexes" and "organised activity on behalf of women's rights and interests".

The choice of feminism as word of the year, ahead of 'complicit', 'recuse', and 'empathy', highlights the gains made in a challenging year for women's rights, campaign groups said.

"2017 has been a year to remember not only for the many challenges to women's rights across the world but importantly because women have united in unprecedented numbers to make their voices heard," said Chiara Capraro, policy manager of Womankind.

Millions of women have shared stories of sexual abuse on social media with the hashtag #MeToo, sparked by allegations against U.S. movie producer Weinstein. The film mogul has denied having non-consensual sex with anyone.

Time magazine last week named the movement as its most influential "person" in 2017, amid a wave of allegations against high profile men in U.S. politics, media and entertainment.

Interest in the word feminism had also been boosted by the success of television drama series "The Handmaid's Tale", about women forced into sexual servitude, and the "Wonder Woman" film.

"We are at a critical point and are really beginning to drive change," Sam Smethers, chief executive of the Fawcett Society, told the Thomson Reuters Foundation by phone.

"We need to take the fight into 2018 against all those that wish to turn the clock back."