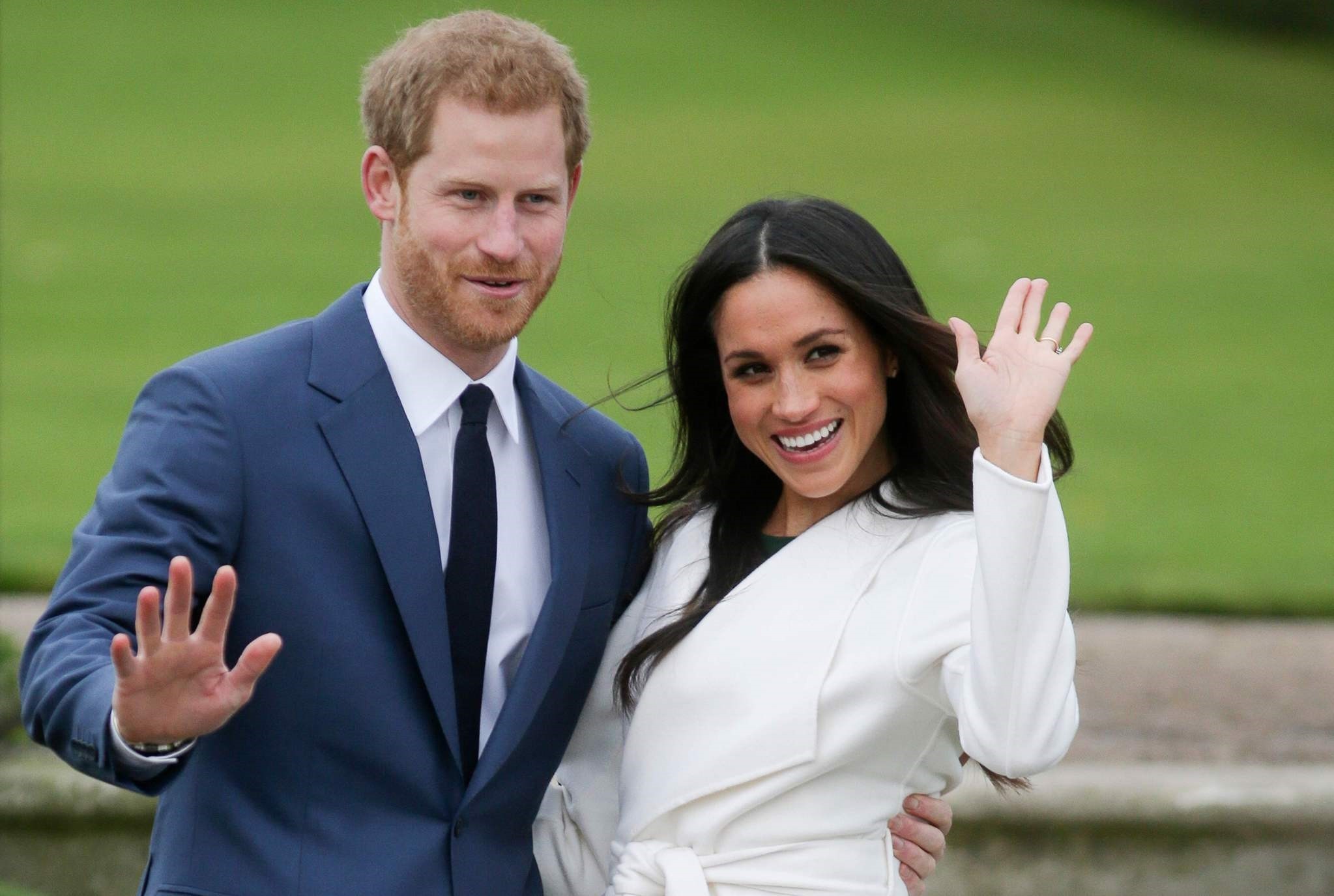 This file photo taken on November 27, 2017 shows Britain's Prince Harry and his fiancu00e9e US actress Meghan Markle posing for a photograph in the Sunken Garden at Kensington Palace. (AFP Photo)
by Compiled from Wire Services Dec 15, 2017 12:00 am

Britain's Prince Harry and his fiancee Meghan Markle are to marry on May 19, 2018 Kensington Palace announced on Friday.

Harry and Markle revealed in late November that they got engaged earlier that month, after intense media speculation about their future plans.

Asked at the time when he first knew he wanted to marry Markle, Harry replied: "The very first time we met."

The couple will tie the knot in a chapel at Windsor Castle, a royal residence west of London, Friday's statement confirmed.

Markle, who attended a Catholic school as a child but identifies as a Protestant, will be baptized and confirmed into the Church of England before the wedding.

She intends to become a British citizen, though she will retain her U.S. citizenship while she goes through the process.

The Gothic St George's Chapel is located in the grounds of Windsor Castle, which has been the family home of British kings and queens for almost 1,000 years.

Within the chapel are the tombs of ten sovereigns, including Henry VIII and his third wife Jane Seymour, and Charles I.

Windsor Castle, west of London, is one of Queen Elizabeth II's main residences. The 15th century chapel is as historic but more intimate than Westminster Abbey, where Harry's older brother William married Kate Middleton in 2011.

The 33-year-old prince, who is fifth in line to the British throne, and the 36-year-old American actress met through a mutual friend in 2016 and managed to keep their relationship secret from the media for several months.

Markle is best known for her role in the US legal drama "Suits." She spoke publicly for the first time about their relationship in September, telling "Vanity Fair" magazine that she and Harry met in London through friends in July 2016.

The arrival of a mixed-race divorcee from the U.S. into the British royal family has been seen as possible landmark moment for an institution traditionally unused to change.

The union of Harry and Markle has already drawn the prince into the public eye.

Last year Harry speak out against the "wave of abuse and harassment" against his girlfriend.