Dogs are at peak risk of chocolate poisoning during Christmas season 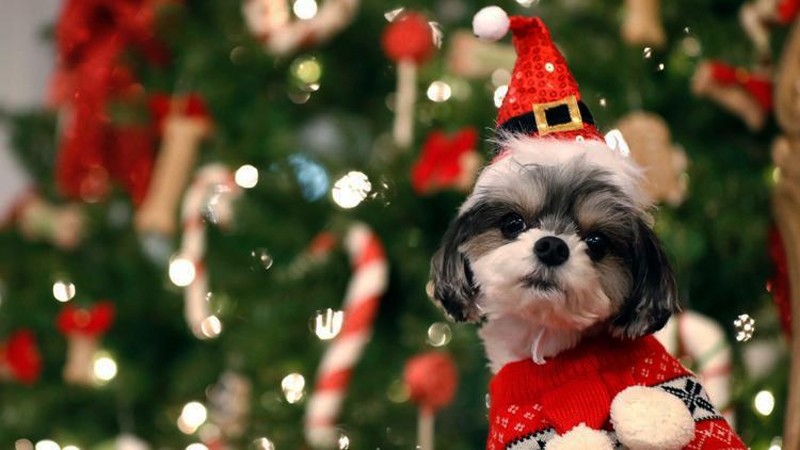 While Christmas may be a time of sweet indulgence for humans, for dogs it is a period of heightened risk of chocolate poisoning, experts warned on Thursday.

When eaten by dogs, chocolate in small doses can cause vomiting or diarrhoea, and in large quantities it can lead to muscle tremors, seizures, an irregular heartbeat, internal bleeding or even heart attacks.

It is responsible for about a quarter of all acute canine intoxication cases.

"Chocolate ingestion has a unique seasonal pattern which merits highlighting this risk," the researchers wrote in the Vet Record journal after scrutinising five years worth data on chocolate poisoning from 229 British veterinary practices.

Such cases increase fourfold over Christmas compared to the rest of the year, they found, while at Easter it was double.

Young dogs were more likely to eat chocolate than older ones.

There was "one case involving a hot chocolate drink."

A garden of eggs

Reported doses were mostly small, except in one case involving "a garden of Easter eggs hidden for a large party of children," the team found. None of the cases were life-threatening.

For dogs, the toxic element in chocolate is theobromine, with pet food maker Hills explaining on its website that while humans easily metabolise the substance, dogs process it much more slowly, "allowing it to build up to toxic levels in their system."

Darker chocolate contains more of the substance, and less than an ounce (28 grammes) of dark chocolate is enough to poison a 22 kilogramme (44-pound) dog.

"If you are worried or suspect that your dog may have eaten a large quantity of chocolate... call your veterinarian immediately," the company advises.

Chocolate is bad for cats too, but they are less likely to eat it. Unlike other mammals, they do not taste sweetness.