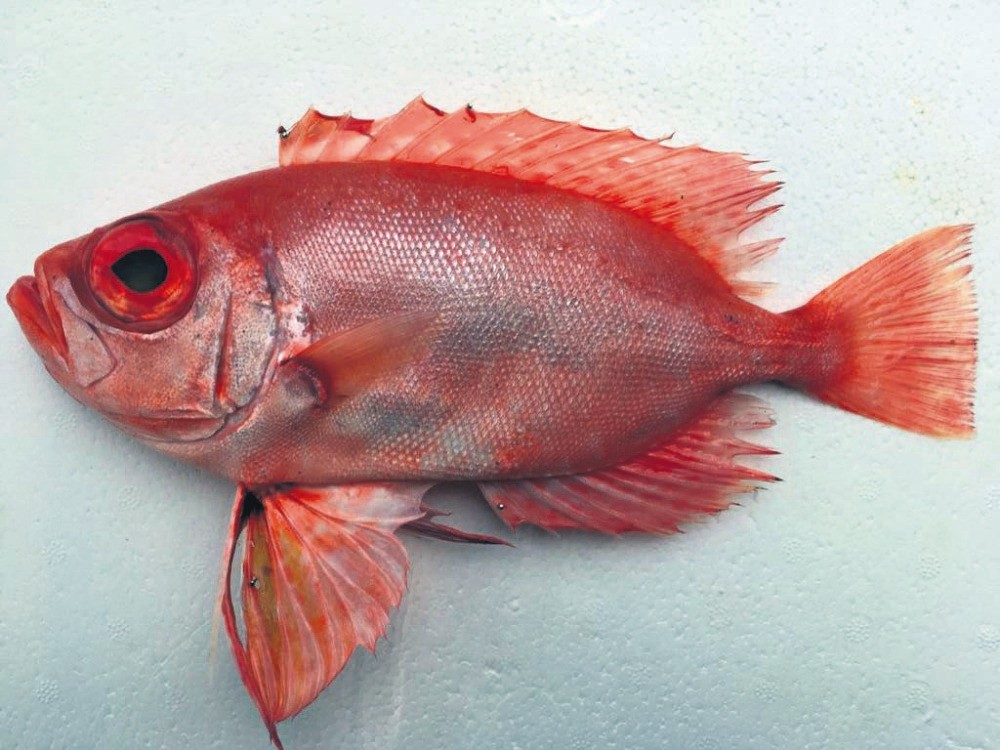 Generally inhabiting the tropical waters, "Priacanthus Sagittarius," also known as arrow bulleye, have been detected off Mersin's Mediterranean coast of the for the first time.

Arrow bulleye were previously seen on the Mediterranean coasts of Israel and Egypt and it seems that it has traveled all the way to Turkish coasts. This proves that the fish, inhabiting the Red Sea, are traveling to the Mediterranean.

He also drew attention to the change in the ecosystem and said, "Global warming changed the features of the rivers that pour into the Mediterranean, resulting in fish migration. Tropical species have become dominant in the Mediterranean."

Arrow bulleye, on the other hand, are harmless fish that can be consumed on dinner tables. The fish are red in color with large visible eyes; they are 25 centimeters long and weigh roughly 300 grams.