Turkish couple manages to save up with their hay house 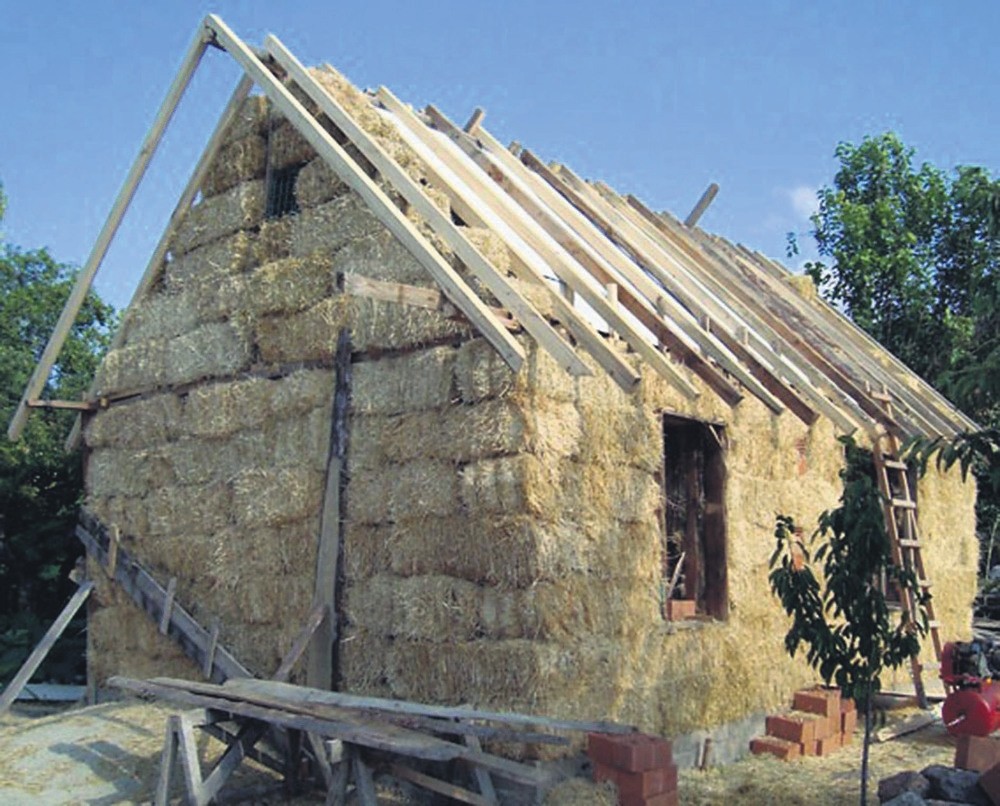 For nine years, a couple in the Domaniç district of Kütahya province has been living in a house they constructed out of 160 bales of hay, leaving their 150-square-meter apartment where they had heating problems behind.

Naim and Feride Gün, who live in Domaniç's mountainside village of Muratlı, stay warm every winter by burning 3 tons of wood in their house made of wood and bales of hay.

Naim Gün, 71, told Anadolu Agency (AA) that he wanted his son Mehmet to research housing alternatives after they had heating problems in their old apartment nearly 10 years ago.

Noting they decided to construct the "hay house" after his son's internet research, Gün continued: "We had lived in our concrete apartment for nearly 40 years when our son told us that he would construct a house out of hay. I responded, 'How could it be possible?' He simply said, 'You will see.' Then, he started construction and completed it. We have been living in this hay house for nine years."

Explaining that the village is located in Uludağ's foothills, and the majority of the year is cold, Gün added: "The stove that we light keeps the house warm all night. We get through the winter by using three tons of wood. The house stays warm with just a small amount of fuel. We spend 50 percent less now. Despite my initial reservations, there are few houses more comfortable than this one."

"We used 160 bales of hay to construct the house and were able to pick the best bales as farmers. We used slate, which is mined in just outside our village. While we chose laminate flooring, we used metal plates for the roof. The whole project only took a month to complete and cost TL 7,500 [$1,980] nine years ago," said Gün.

Feride Gün, 66, said the well-insulated house also stays cool in the summer while staying warm in the winter.