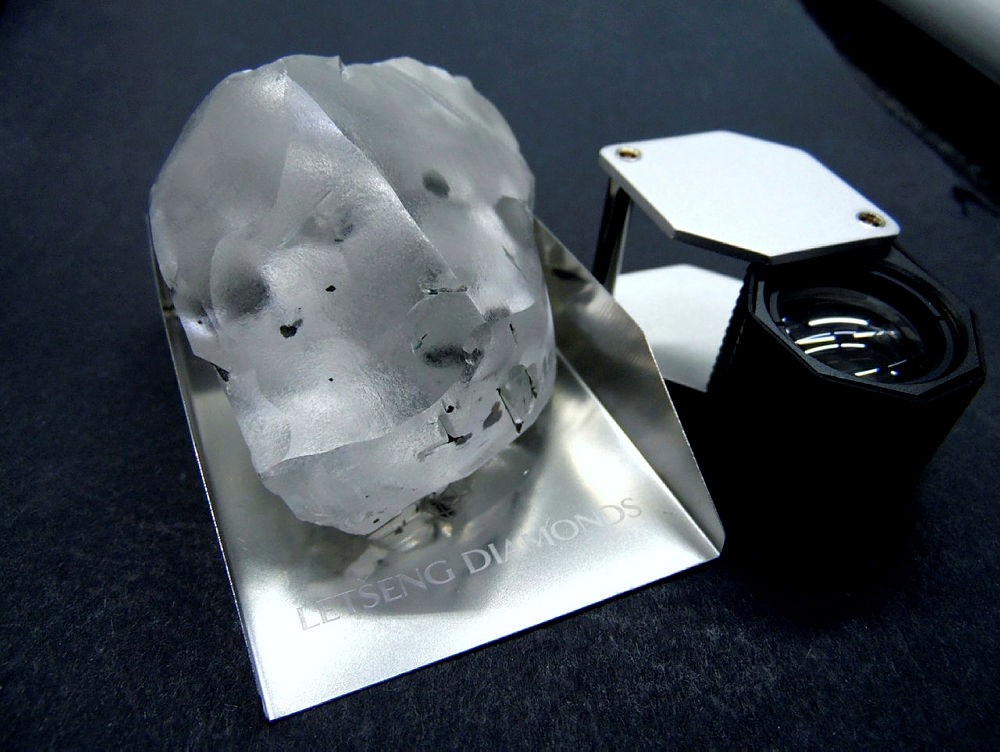 A 910-carat colorless diamond found at the Letseng mine in the southern African kingdom of Lesotho. (Reuters Photo)
by Jan 15, 2018 12:00 am

A diamond thought to be the fifth largest of gem quality ever found has been discovered in Lesotho, miner Gem Diamonds said Monday, and could be worth as much as $40 million.

The company unearthed the D-colour stone at the Letseng mine in the landlocked southern African country and described the 910-carat find as of "exceptional quality".

"Since Gem Diamonds acquired Letseng in 2006, the mine has produced some of the world's most remarkable diamonds, including the 603 carat Lesotho Promise," Gem Diamonds chief executive Clifford Elphick said in a statement.

"However, this exceptional top quality diamond is the largest to be mined to date... This is a landmark discovery."

Ben Davis, a mining analyst at Liberum Capital, speculated in a research note to investors that the diamond could be worth as much as $40 million (33 million euros).

Gem Diamonds shares in London were up 14 percent from the market open to £0.92 a piece.