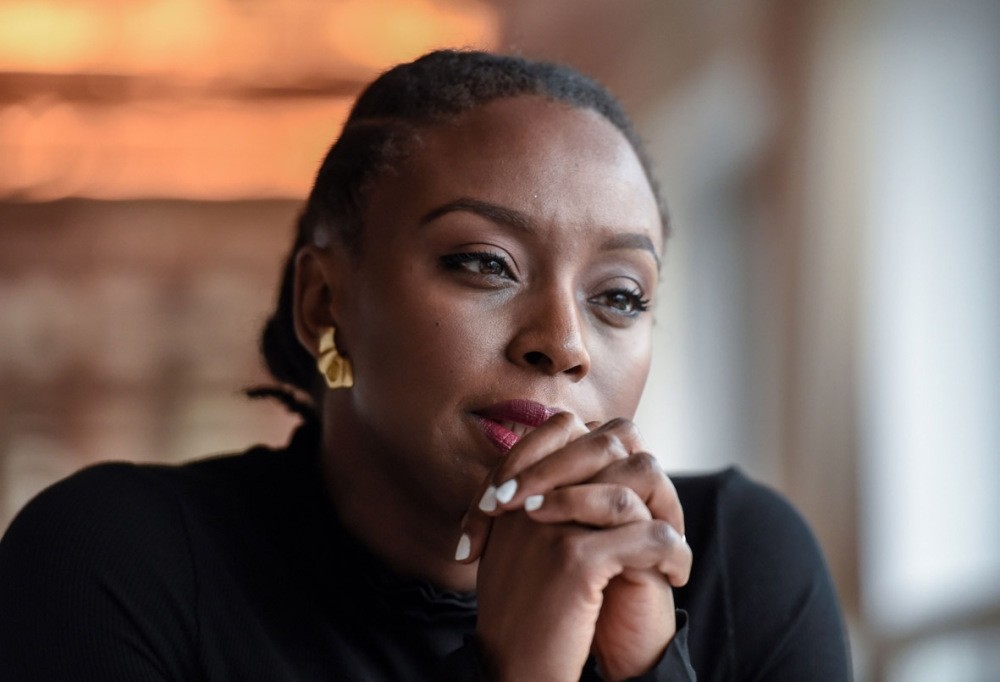 At an event held in a ritzy Paris government building under crystal chandeliers, Adichie launched a blistering assault on perceived French arrogance.

"I think it reflects very poorly on French people that you have to ask me that question," said Adichie. "My books are read in Nigeria. They are studied in schools. Not just Nigeria, across the continent in Africa."

The subsequent outrage on social media was perhaps predictable: insults hurled at the French journalist amid accusations of racism and colonial prejudices. Adichie wasn't done yet. The novelist, who was born in Nigeria but now lives in the United States, followed up with a Facebook post the next day arguing that the bookstore question was "giving legitimacy to a deliberate, entitled, tiresome, sweeping base ignorance about Africa."

But not everyone wholeheartedly agrees.

"You can't say there aren't any bookstores or libraries in Nigeria, that's ridiculous," Tabia Princewill, a columnist at local newspaper The Vanguard, told AFP.

"But they aren't pretty, and they are often religious books or educational books. In public libraries, there are almost no books," Princewill said. "It's shameful and it is not being anti-Africa to admit it."

"The African elite don't want to face the reality," he said.

The bookstore debate is so polarizing because it isn't just about access to books; it's also about the country's troubled education system.

As the population of West Africa's biggest economy explodes, the government is struggling to educate its 190 million people.

Nigeria has a 60 percent literacy rate, one of the lowest among frontier markets, according to investment banking firm Renaissance Capital in a Tuesday note.

There are vast regional discrepancies in the country, with the south boasting much higher literacy rates than the north, yet teacher quality and student attendance are perennial problems.

In her Facebook post, Adichie acknowledged the devastating effect of the Boko Haram insurgency on bookstores in the northeast.

She said her uncle had owned a store in Maiduguri, capital of northeast Borno State and birthplace of Boko Haram, but it had to close down when the city began to feel "too unsafe."

Still, some find a way. Kayode Odumosu has always loved books and at age 11, he started working at his school library.

In 1993, Odumosu opened Lagos Book Club in Festac, a small middle-class neighborhood. His 3,000 second-hand books are stacked tightly next to one another on long metal shelves.

"I sell Shakespeare and all of Chimamanda's novels," he says with pride.

On a recent day in Jazzhole - the bookshop Adichie describes as her "favorite in Lagos" - the power is out and the air is muggy. There are biographies of Afrobeat king Fela Kuti next to books on Tehran and Venice.

Owner Kunle Tejuoso took over the family business in 1975. "Well before the birth of Chimamanda," he said with some amusement.

The bookstore controversy doesn't bother him much. "I'm used to it," he said pragmatically. "When Westerners come to my shop they always have a little shock."

For all Nigeria's problems, books are an integral part of its culture, he said.

"The literary scene is exploding in Nigeria, we have a lot of new writers who make young people want to read. Our greatest challenge is the internet. In the past, young people weren't so easily distracted," Tejuoso added, articulating a problem that affects bookstores both in France and Nigeria.