Italian postman hoards half a ton of undelivered mail in garage 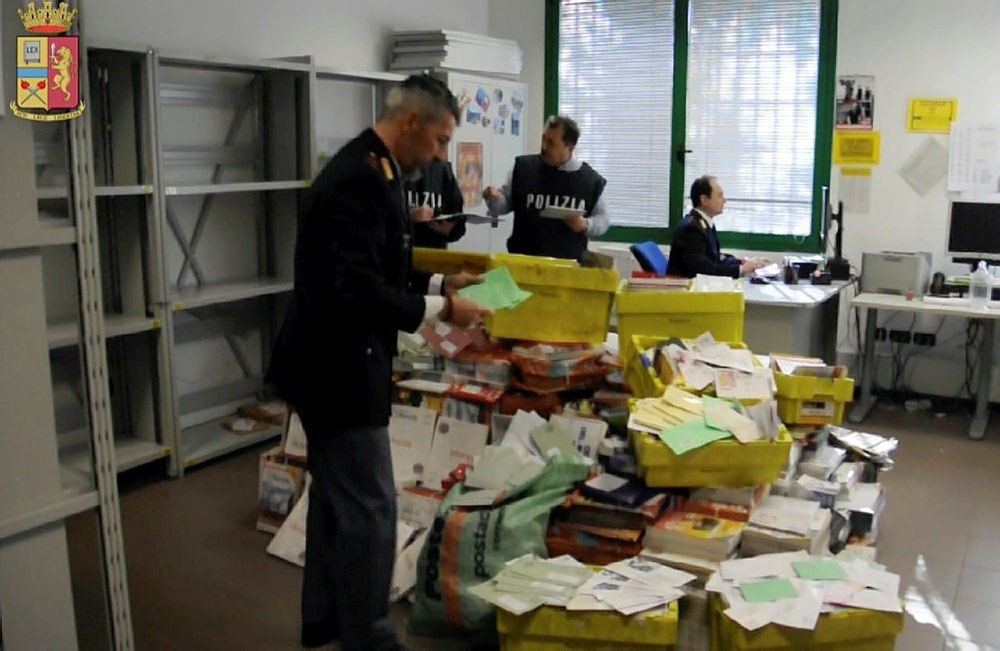 This frame made from a video by the Italian police made available Jan. 31, 2018 shows postal police officers sorting out undelivered mail found in a postman's garage, in Vicenza, northern Italy. (AP Photo)
by Feb 01, 2018 12:00 am

Italian police have arrested a postman from the northern town of Vicenza after finding more than half a ton (573 kilograms) of undelivered mail stashed away in his garage.

Police were called in when workers from a recycling plant were sent to empty the garage and found 43 yellow plastic postal containers stuffed full of letters, bills, bank statements and even electoral pamphlets dating back to 2010.

The postman, who was not named, was 56 and came from the southern city of Naples, police said. They added that it was the largest ever haul of undelivered mail in Italy.

The Vicenza postal service has promised to deliver the huge pile of post, albeit several years late.