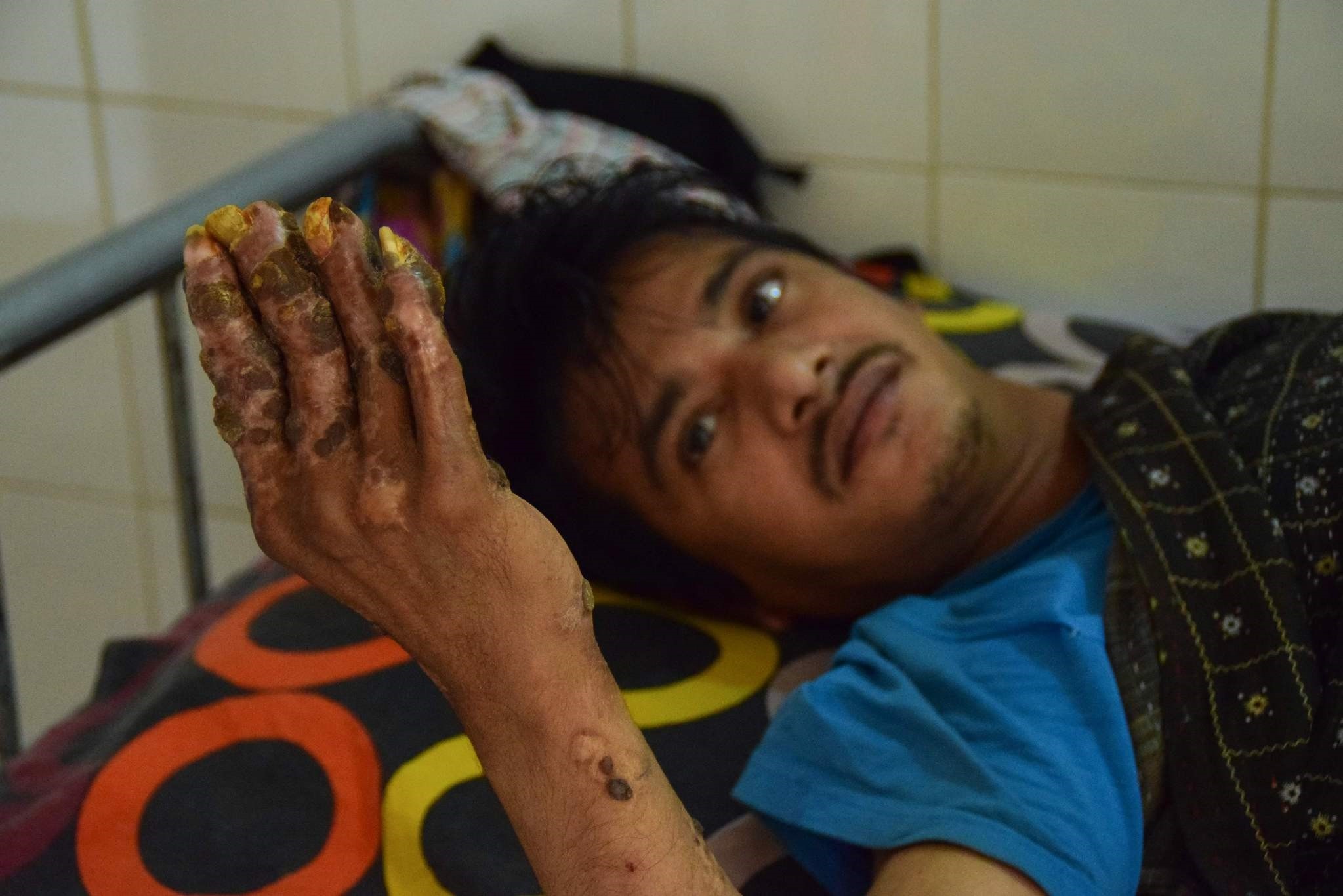 A year ago Abul Bajandar, a Bangladeshi rickshaw-puller dubbed "tree-man" for the bark-like growths that once covered his body, appeared to have made a full recovery from the rare condition that has afflicted him for a decade.

But twelve months after doctors declared him all but cured following 24 surgeries, Bajandar's hands are once again covered in the growths that characterise his rare condition.

His patient, who has been unable to work for years and whose young family lives in the hospital, says he fears he will never be cured.

"I am scared to have any more surgeries. I don't think my hands and feet will be okay again," the 27-year-old told AFP at the Dhaka hospital where he first came for treatment in January 2016.

Intrigued by his condition, doctors at the Dhaka Medical College Hospital treated him for free, surgically removing more than five kilos (11 pounds) of growths from his hands and feet.

He has been there ever since with his wife and family, who live together in a small room in the hospital.

"We thought we had achieved (a cure). But now it seems to be a time-consuming case," surgeon Sen told AFP.

"We will keep on investigating to reach the ultimate success, though it's tough to say how long it will take."

This week Bajandar underwent his 25th surgery to remove some of the growths from his hands.

- Fewer than half a dozen cases -

For his wife Halima Khatun, life is on hold as she tends to her husband and looks after their four-year-old daughter.

"We're grateful for the free treatment, we couldn't have afforded to pay for it," said Khatun, who passes her time in the ward making jewellery for a little cash.

Fewer than half a dozen people worldwide have epidermodysplasia verruciformis, according to Sen.

Doctors declared surgery to remove the growths a success, but her father later said they had grown back in even greater numbers.

He withdrew her from treatment, saying he did not want to watch her grow up in a hospital ward.

"Nobody deserves to be in a hospital forever," said a nurse working in the plastic surgery unit.

"Unfortunately, he (Bajandar) may have to stay here for a while."

Meanwhile Bajandar worries about money, and how he will pay for his daughter's education.

"I always wanted her to become a doctor. But if my condition worsens, how can I even send her to pre-school, let alone a medical college?"