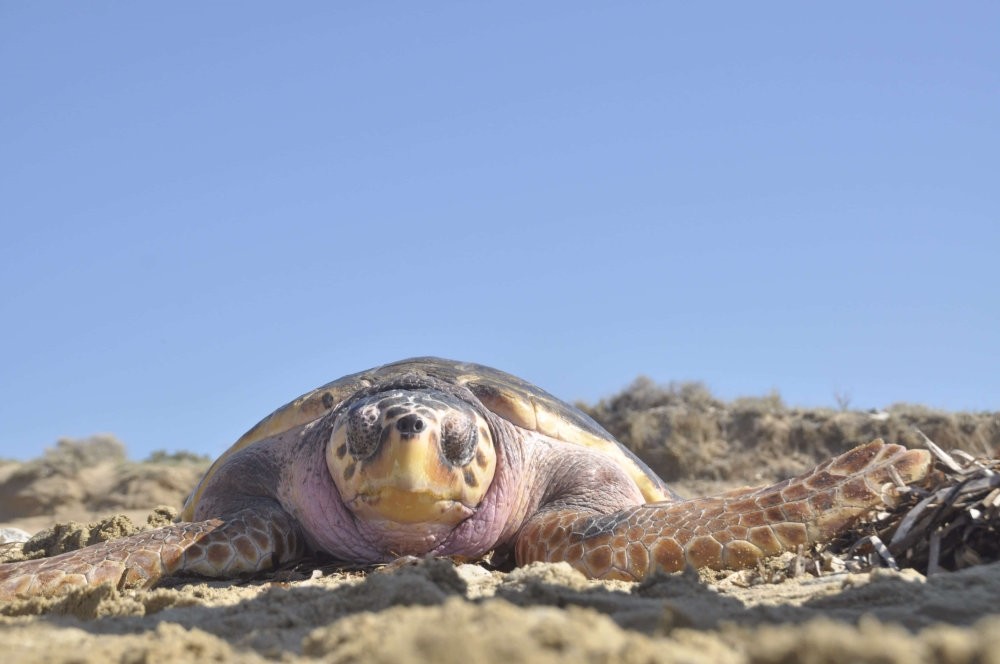 A Caretta caretta, or loggerhead sea turtle, was found by locals in Bodrum floating motionless in the water Sunday night.

Rescued by the Search and Rescue Association (AKUT) with local help, the sea turtle was taken to the Sea Turtles Research, Rescue and Rehabilitation Center (DEKAMER) immediately.Following a thorough examination, vets found no signs of injuries. It was later determined that the current state of the loggerhead resulted from starvation and fatigue due to cold winter temperatures.

One of the world's largest marine reptiles, on average fully grown loggerheads measure 90 centimeters in length, although larger turtles of up to 280 centimeters have been discovered.Weighing about 135 kilograms, the loggerhead can live to the grand old age of 67. It is known to have existed for about 450 million years and is considered an endangered species.Protected by the International Union for the Conservation of Nature, the turtles' nesting grounds in Turkey are monitored by various international animal protection organizations.