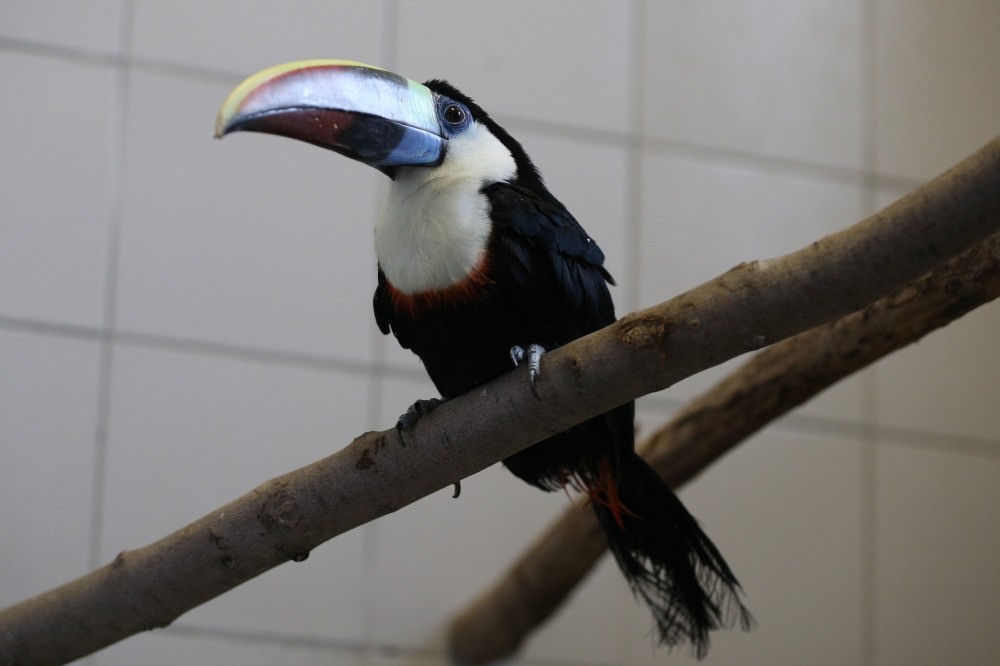 A toucan that was illegally brought from Iran to Turkey is getting used to its new home at the Kayseri Metropolitan Municipality Zoo.

Living in the tropical forests in North America, the toucan, which is among the most expensive bird species in the world, is worth nearly TL 25,000 ($6,562). The bird, which has an average lifespan of 20 years, was captured in the Tercan district of Erzincan province nearly four days ago.

The zoo's veterinarian Burhanettin Bacak said that the bird, which is known for its huge beak that is longer than its body, has most likely been through a long journey of smuggling through different countries and continents for that matter.

However he said, despite the tough trip, the bird was quite healthy and it will be it will be on display so that visitors can enjoy.

"We now have 27 different bird species here at the zoo with the addition of the toucan. We will keep it in quarantine for 10 days," the experienced vet added. "We feed it with tropical fruits, apples and berries as it is a North American tropical bird."

The toucan is very different from the other birds in the zoo.

"The most specific feature of toucans is their red beaks. The bird's gender can even be understood from these beaks. The males have a longer beak, while the females have shorter ones," he said, adding that they will contact other zoos to find a partner for the bird.