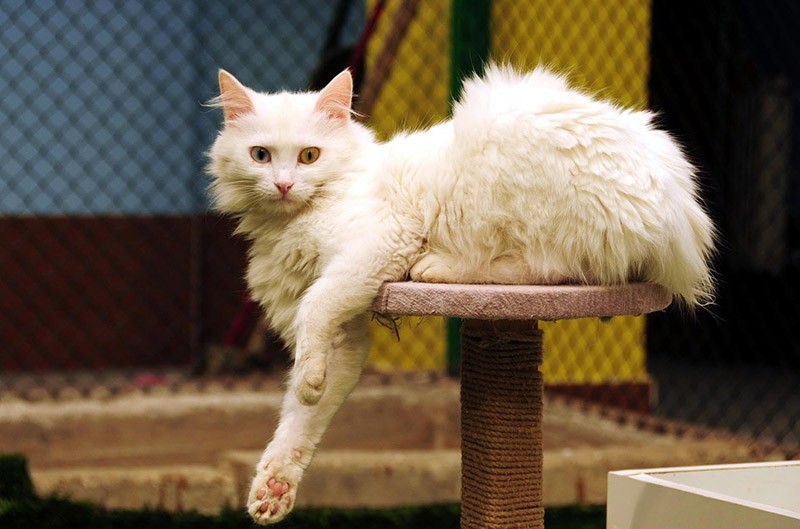 The first kittens of 2018 born to four rare and endangered Van cats have opened their eyes to the world at the Yüzüncü Yıl University (YYÜ) Van Cat Research and Application Center.

Four of the monitored pregnant cats gave birth to 15 healthy kittens, which were taken under protection as soon as they were born.

Professor Abdullah Kaya, head of the center, said that with the new female additions last year the projected number of Van kittens increased in 2018.

"This year we aim to breed over 100 Van kittens," Kaya said.

Kaya underlined that only pure-bred female cats with pedigree certificates were used in the controlled breeding process of the endangered species.

The professor also added that all the necessary care and vaccination procedures are being performed to make the pregnancies and the birth as healthy as possible.

"This year we will have four different groups giving birth, this one was the first," Kaya said.

The kittens and their mothers continue to live at the center together.

The Van cat is known for its friendly behavior, silky fur, lion-like strut, fluffy tail, mismatched-colored eyes and fondness for water. It is one of the rare animals not to be hybridized.

The protection center, which was founded in the 1990s, saved the cats that had mismatched eye colors from captivity and gave those with same-color eyes to their caretakers.