Oldest-known German message in a bottle discovered in Australia 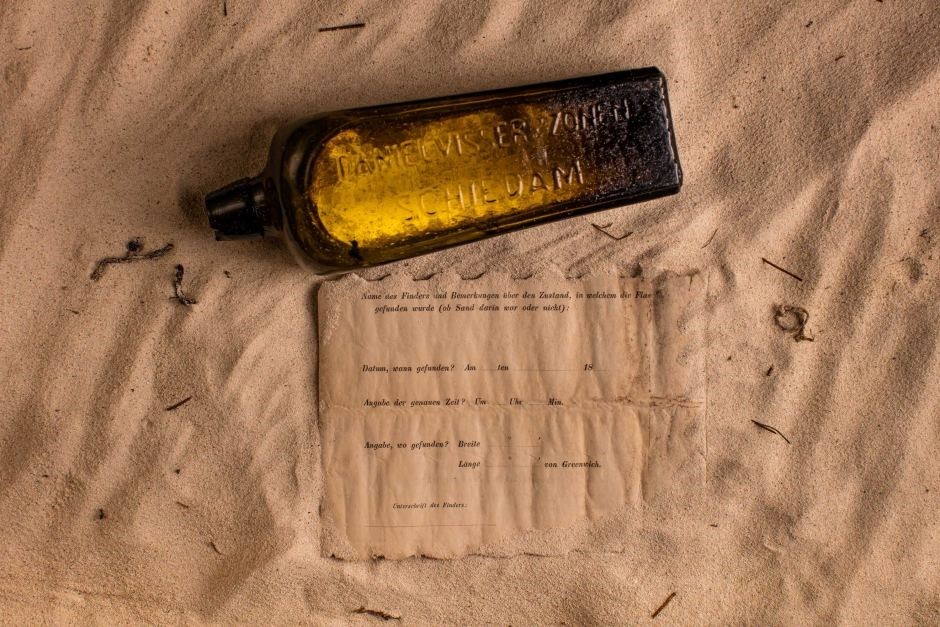 One of the world's oldest known messages in a bottle, which is written in German, has been found half-buried on a West Australian beach 132 years after being tossed overboard into the Indian Ocean.

The historical discovery was made by an Australian woman, Tonya Illman, while walking on the sand dunes of Wedge Island, 180 kilometers north of Perth, the state capital of Western Australia.

"It just looked like a lovely old bottle so I picked it up thinking it might look good in my bookcase," Illman said.

"My son's girlfriend was the one who discovered the note when she went to tip the sand out. The note was damp, rolled tightly and wrapped with string."

"We took it home and dried it out. When we opened it we saw it was a printed form, in German, with very faint German handwriting on it."

On the back, the finder was asked to write when and where the bottle had been found and return it, either to the German Naval Observatory in Hamburg or the nearest German consulate.

It was found by Illman on January 21, 2018, a spokeswoman for Western Australian Museum told dpa on Tuesday.

The bottle had been thrown overboard from the German sailing barque "Paula" as part of a 69-year official experiment by the German Naval Observatory to better understand global ocean currents and find faster, more efficient shipping routes, the Western Australian Museum said in a statement.