US couple who met in supermarket tie the knot amid vegetables 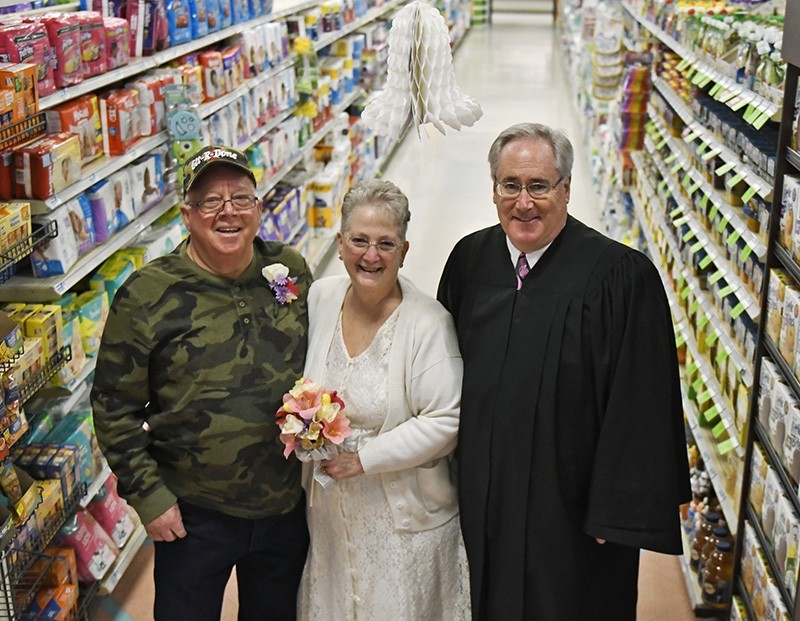 Larry Spiering and Becky Smith pose for a photo where they held their wedding ceremony officiated by District Judge Frank Pallone on Easter Sunday in aisle 13 of the Community Market in Lower Burrell, Pa. (AP Photo)
by Associated Press Apr 03, 2018 12:00 am

Attention all shoppers: wedding in aisle 13.

A couple who met at a supermarket has tied the knot there with canned carrots and peas among their wedding guests.

The Valley News Dispatch reported 69-year-old Larry Spiering and 61-year-old Becky Smith married Sunday at the Community Supermarket in Lower Burrell, where they met 10 years ago.

Smith said she was working at the supermarket when Spiering walked up and gave her a piece of paper with his name and phone number on it. She said it was only fitting that they married in the aisle where they met.

The couple said they picked April 1, which was Easter Sunday, because it was close to two other important dates: Spiering celebrates his birthday on April 2, Smith on April 3.

The judge who performed the ceremony said it was his first wedding at a grocery store. Store owner George Thimons said he was glad to accommodate the couple.

Smith said after the ceremony the wedding was just what they wanted, "something nice and easy."