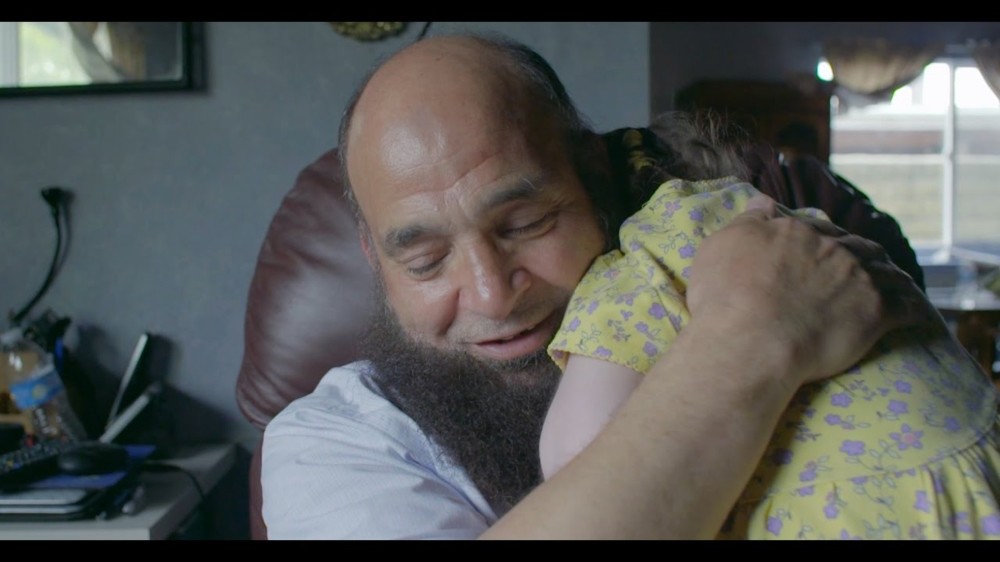 The inspiring story of a 63-year-old U.S. national of Libyan origin, who has been a foster parent to 80 terminally-ill children, will be the subject of a documentary by Turkish director Ensar Altay

Mohamed Bzeek lives in Los Angeles in the U.S. and is a foster parent for orphans, children abandoned by their families or those with a fatal disease.

He came to the U.S. from Libya for university in 1978, and is now an electronics engineer. After he met his wife, he started fostering children and showing them fatherly affection.

Bzeek managed to save 70 lives of the 80 children he has fostered. He is also with his children on their last journey.

Bzeek is seen as a hero by Americans and received the International Benevolence Award, organized for the fourth time by the Diyanet Foundation. His life is also being made into a documentary directed by Ensar Altay. 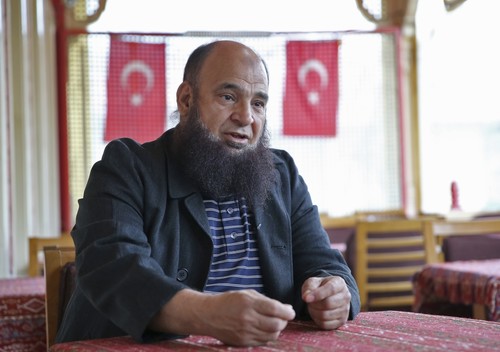 To help children in other countries with a foundation he intends to open, Bzeek told Anadolu Agency (AA) that he has come to Turkey for the first time and his story will be introduced in a new documentary.

To help children in other countries with a foundation he intends to open, Bzeek told Anadolu Agency (AA) that he has come to Turkey for the first time and his story will be introduced to in the documentary. Explaining he met his wife in 1989, Bzeek said that being a foster family is a tradition in his wife's family. He started to be a foster parent thanks to his wife.

One of the children died in 1991 and cried continuously for three days. "When I take in a child, I don't care about their country, color or religion. I just give them the help that they need. I see myself as their biological father instead of a foster parent."

In a different country for first time in seven years

He said he sleeps very little and deals with children 24/7. "You need a license for a foundation. You need a building with doctors, nurses and teams. However, our work has just started.

"In 1995, we decided to adopt orphans left at hospitals or taken from their families by the state because of violence and pressure. The only house that accepts orphans and children who are about to die in Los Angeles is my house. I have dealt with 80 children since 1989. Ten children lost their lives in my arms." Bzeek is always called on by the Department of Child Services. "They tell me when children are about to die and ask if I can adopt them. They know that I do not hesitate to accept. If I don't, they are sent to hospitals and don't have a family or house. However, when I take them, they feel a family atmosphere. They feel safe and are loved until the end of their lives."

Story has changed perspective on Muslim-Americans

Bzeek, whose story was told in the Los Angeles Times last year, said that even his closest friends do not know what he does as he does not talk about it. He just helps children in need and does not look for other people's admiration.

"Many Americans have been influenced by my story. They told me that my story built their belief in humanity again and changed their perspective of Muslim-Americans. Muslims in the U.S. are seen as criminals, killers and bad people, and Islam is just the religion of blood and devastation. However, I showed them true Islam. Islam is about love and compassion and sympathy for other people. Islam doesn't give importance to people's pasts and backgrounds," he said.

Donations are collected for him at house of worship of different religions. According to Bzeek: "Our religion tells us to help people in need regardless of their religion. Besides, many people give me different names like 'Muslim Mohammed Teresa,' angel visiting the world or wingless angel. They say I do holy work. An atheist said that after he read about me, he hoped there is a God to reward me. A female atheist teacher said: 'I have never said may God bless you to anyone in my life, but your story makes me say it to you.' "

Islam means love and patience not death and destruction

He said Muslims cannot be divided if they help other people and love and protect each other. "I hope and know that I can receive help for the foundation to help children who are about to die. This foundation will cost much time and money. We will need manpower to construct the building. If we can officially open the foundation, we can also help children living in other countries." He has also introduced Islam to non-Muslims. Bzeek said: "Islam doesn't change, but people do. As a Muslim, I think we should divide Islam and Muslims. Islam remains unchanged, while Muslims change. Non-Muslims see our behavior. When a Muslim doesn't behave properly, they have wrong thoughts about Islam. Our responsibility is to change this perception and show what true Islam is. Islam isn't a religion of killing or destroying but of love and patience. Islam is the best religion for humanity."