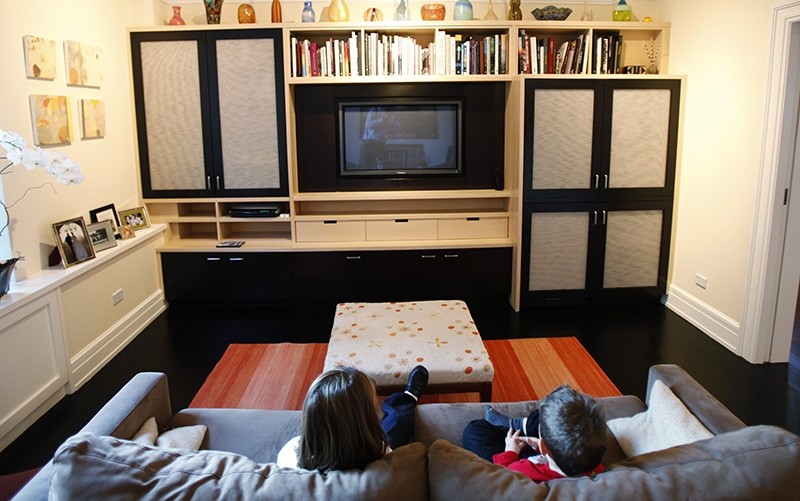 The average person around the world spent nearly three hours a day in front their television last year, according to a report released Monday.

Eurodata TV Worldwide said that television viewing was holding up despite more and more people watching online platforms like Netflix and Amazon.

Americans and Canadians are the biggest TV addicts, said the report, watching four hours and three minutes on average daily.

European viewers came next watching three hours 49 minutes a day in 2017, just ahead of Russia and Brazil, the data gathered from 95 countries showed.

"The length of time people watch television is holding up despite the growing availability of online content," said its vice president Frederic Vaulpre as the report was presented at MIPTV, the world's biggest TV market in Cannes, France.

"There was a slight fall in TV viewing in North America and Asia, but it is still growing in South America and in Europe it is maintaining historically high levels," he added.

Asians watch less TV than any of the other major markets, spending two hours 25 five minutes in front of the box. In China that drops to two hours 12 minutes.

But viewing habits were also changing, the report found.

Replay services on average "added an extra 8 percent to audiences" in the 35 countries where they were measured.

And millennials and young adults were spending more time on their mobile phones, often catching up with programs that way.

In Sweden, one of the most digitally advanced countries in the world, young adults watched slightly less than two hours of TV a day.

Eurodata TV found that most young people who watched programs on the Internet and on replay services were logging on for shows aimed specifically at them.

These included reality shows and youth dramas whose audiences were sometimes more than twice as big on the internet than they were for broadcasts.

The U.S. and Britain remain the world's two biggest exporters of TV programs and formats, ahead of France, Germany and Turkey, whose family-orientated soaps have been big hits across the Middle East, South America and the Balkans.

But the report found that there were fewer big international blockbuster shows like "The Voice" than in the past.

She said the big trend was for producers and TV channels to "create content aimed a particular niche audiences (young people, women or older people) rather than look for something that tried to take in a mass crossover audience."