Head of Nobel-awarding Swedish Academy steps down after criticism 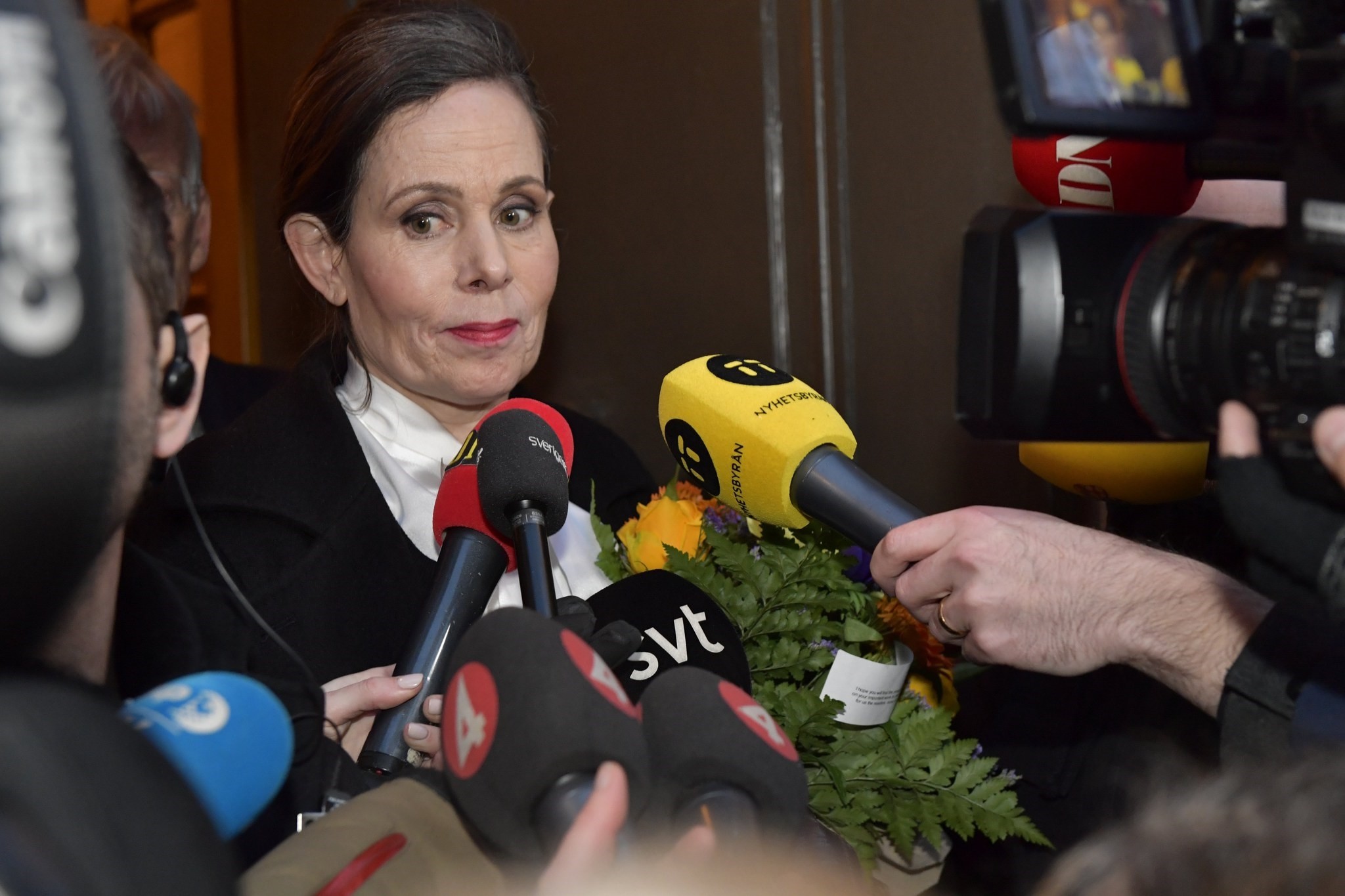 The head of the Swedish Academy stepped down on Thursday after criticism of how the institution, which picks the winner of the Nobel Prize for Literature, handled a probe into allegations of sexual misconduct by a man married to one of its members.

Three members of the Academy withdrew last week over the issue, but arcane rules that make appointments for life mean that members cannot technically resign, though they stop participating in activities.

"It was the wish of the Academy that I should leave my role as Permanent Secretary," Sara Danius told reporters.

"I have made this decision with immediate effect."

The allegations of sexual assault and harassment were made against Jean-Claude Arnault, the husband of Academy member Katarina Frostenson.

In an emailed comment to Reuters on Thursday, Arnault's lawyer, Bjorn Hurtig, said his client rejected all allegations against him.

"Jean-Claude Arnault rejects all claims of criminal activity and he rejects other allegations that have been made against him," Hurtig said.

State prosecutors opened a preliminary investigation into the incidents, but said last month some parts of the probe had been shelved due to a lack of evidence and the statute of limitations having passed for some of the incidents.

However, prosecutors said the investigation related to some incidents was continuing.

The Swedish Academy severed ties with Arnault, whom it had helped financially in running a cultural club in Stockholm, in November following the allegations made against him.