After four decades, the people from a Black Sea village call an Aegean island home 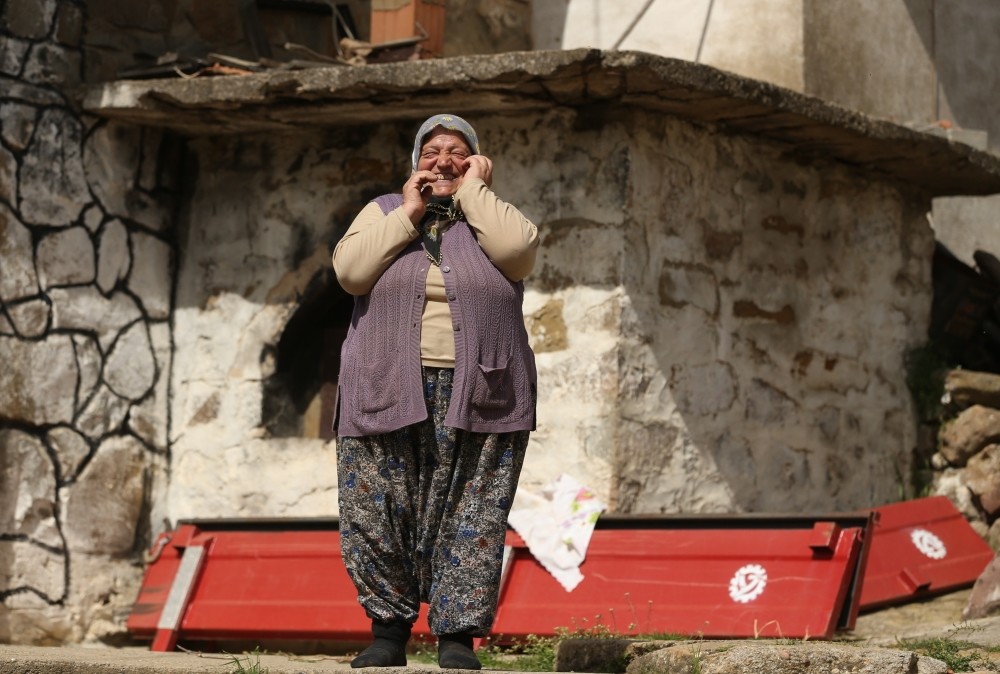 When a landslide destroyed their homes in 1973, people living in Trabzon's Şahinkaya neighborhood were forced to leave their home for an island in the Aegean, 1,400 kilometers from where they were born. And for the last 45 years, they still hold on to their culture and traditions in a place that still feels strange.

The Black Sea region is unique with its culture and lifestyle and definitely not like any other place in Anatolia. But when their home was no longer suitable to live in, the government offered them a new place to live and the people of Şahinkaya were moved to a new neighborhood also called Şahinkaya on Gökçeada, which is an island in the Aegean Sea.

With the opportunities that the government offered to them, the people of Şahinkaya started to get by with agriculture and breeding and after 45 years, they are finally ready to call this place home while still keeping their Black Sea culture alive.

Hasan Köseoğlu, 78, is one of the residents who remember the natural disaster and their move to the island.

Recalling their move from Trabzon to Gökçeada, Köseoğlu said it took them three days to travel to the island with all their belongings.

"We started to work a day after we came here and turned this place into a heaven. Back then there was not a single tree in this area. Greek-origin Turks were living here and we learned everything from them. The government built us a school and a mosque."

Although it has been more than four decades, Köseoğlu still misses his hometown.

"I even dream about the old Şahinkaya," he said.

"But back when we were in Trabzon, it was hard for us to support our families financially. Our land was not enough. In a way, Gökçeada was our salvation. Now, it is our home. Our children call Gökçeada home, not Trabzon," Köseoğlu said.

Azmi Nafi Uygun, 54, who was 9 years old when they came to Gökçeada, said the Greek Turkish population was more than it is now back in the day.

"I spent my childhood here," said Uygun and continued, "I remember feeling strange to leave home. I studied with the Greeks and in time our families became friends as well. They were good days."

When they first came to Gökçeada, Uygun recalls that they were missing home every day and sending letters to their relatives almost every week.

"It was hard at first. We cried when we remembered home but now we consider Gökçeada our home. We are earning our living here on this island," he said.

Despite moving to a completely different region, Uygun said they still hold on to their culture and way of living.

"We still grow the fruits and vegetables that usually belong to the Black Sea region. We still play the 'kemenche' and play 'horon' in our weddings. It means the world to us."Hayrettin Atalay, 80, is one of the residents who remembers life in Trabzon the most.

"When the flood hit out town, it was impossible to live in our houses. The government helped us settle here. We were financially having bad times back then but we came here, we began to make more money. Especially our women are more comfortable here. It was hard for us to get used to the island life but now, this is or home."

"We are glad to be here," said Nazmiye Kızık. "We miss Trabzon so much but we could not find any chance to visit. I married a man from here. Now, my homeland is Gökçeada."