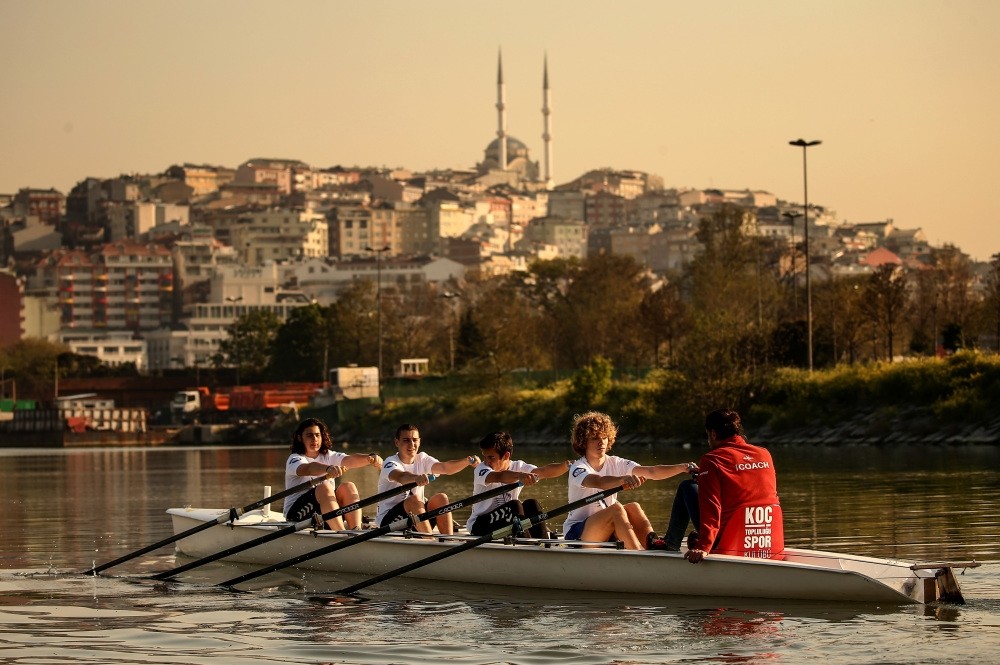 At the crack of dawn, Istanbul's legendary Golden Horn is already swarming with rowers and sailors who want to make most of the Bosporus' beauty.

While they warm up for their busy mornings, amateur and professional sport enthusiasts have a great time.

The Golden Horn is the perfect place for rowing, which has been practiced on the waters of Bosporus since the late Ottoman period. Today, there are a number of sports club who offer amateur and professional training to those who are interested in water sports.

Trainer Yalçın Özcan from Vira Sports Club said their club has been operating on the Golden Horn for the last four years and that they offer lessons for every skill level.

"Currently we have 20 young and 40 adult athletes, and we compete in competitions organized by the Turkish Rowing Federation. There are numerous private clubs along the Golden Horn along with five clubs owned by universities."

Stating that rowing can be practiced by people between the ages of 7 and 70, Özcan continued: "Rowing is currently a popular sport in Istanbul. It can be practiced individually or as a team. Recently, corporations started having their workers row in teams to increase team spirit, and a number of cooperation competitions are held on the Golden Horn. The competitions between the Fenerbahçe and Galatasaray rowing clubs dominate the Golden Horn, but new clubs are emerging. Right now, Istanbul Metropolitan Municipality is building a facility for rowing."

Although rowing was considered an expensive hobby in the past, the sport is now more accessible. "Rowing courses cost about TL 400 [$96]. After a month of training, members can continue to pay every month. It takes about eight hours of training before trainees can start practicing on the water," said Özcan.