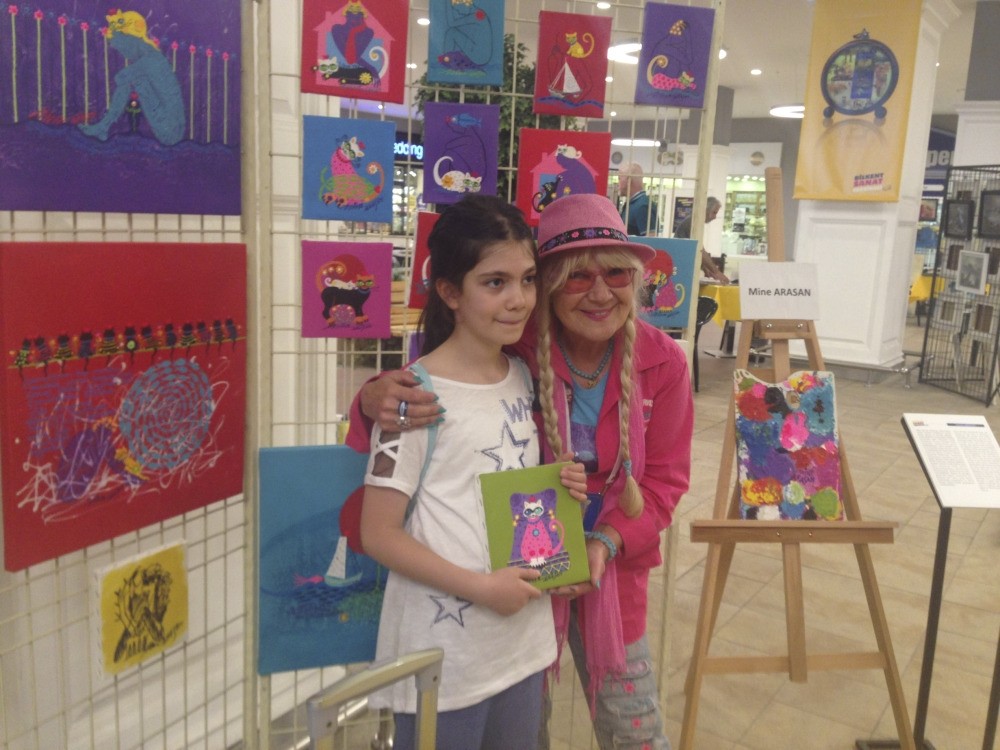 Bilkent Art Festival will bring art to the capital Ankara with the participation of Turkish and foreign artists between April 28 and May 6. As part of the festival, which will be hosted by Bilkent Center, various events, such as painting, music, dance shows and conversations with famous figures will meet art lovers.

In the festival, which will change the atmosphere of the capital and enliven the city, prominent artists from Russia, Georgia, Azerbaijan, Ukraine, Oman and Kuwait will be hosted along with more than 40 Turkish artists. Rahmi Çöğendez, who is the curator and president of the festival, said, "We want to create a different world at Bilkent Art Festival. Ankara and Turkey need such an art event."

Talking about the strong demand for the festival, the president continued, "We invite artists, art lovers and art spaces in Ankara to the festival. At the festival, prominent artists from Russia, Georgia, Azerbaijan, Ukraine, Oman and Kuwait will be hosted along with more than 40 Turkish artists. Therefore, it will be presented as an international festival. Last year, the number of foreign artists was only five but this year it will be more than 17. Festival goers will be introduced nearly 70 artists and will have information about their art."

Reminding potential visitors that Ankara is the showcase of Turkey, Çöğendez added, "300,000 diplomatic entrances and exits take place in the city in a year. Art is a universal language and these diplomatic people and foreign mission representatives show great interest in the art in the capital and follow it."

Various art shows will be performed in the festival which will continue for nine days. Miss Ukraine 2015 will paint and a dance show of 50 students from Dans Et Academy where they will present world-famous artist Vincent Van Gogh and his life will take place within the context of the festival. Three artists will prepare large statues for eight days along with live performances. Workshops at the festival will be held by important figures with highly regarded careers. Attendees will get commemorative certificates of participation, as well.