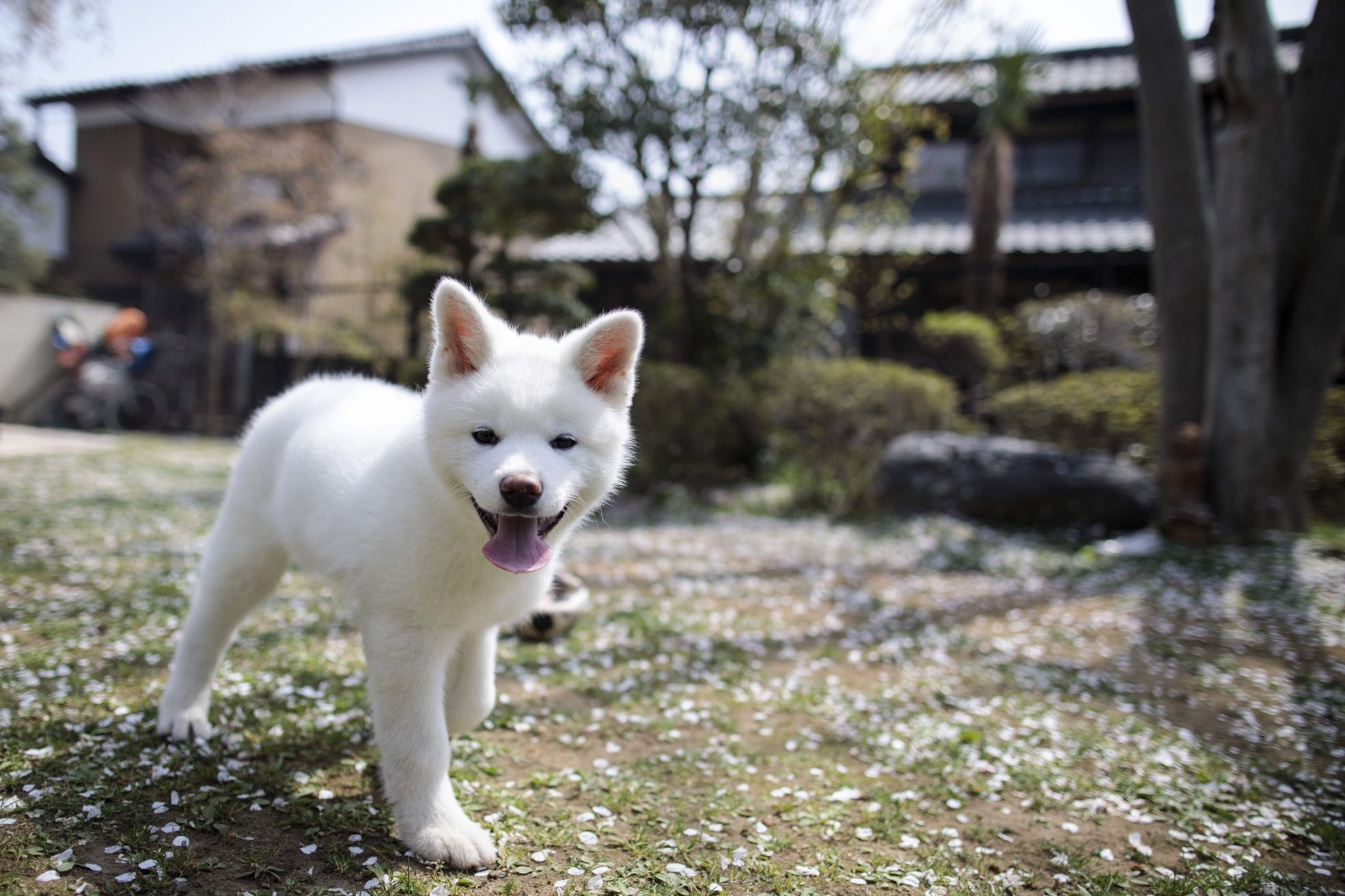 And they're not alone. In recent years, foreign ownership of one of Japan's most famous indigenous breeds has skyrocketed, outstripping domestic demand for the fluffy, perky-eared pooches.

Earlier this year, the trend hit the headlines when Zagitova proclaimed her love for Akitas after spotting them while training in Japan, and local officials pledged to get one to her.

Her affection for the cute canines comes as no surprise to veteran breeder Osamu Yamaguchi, 64, who has been supplying Akita dogs to foreign owners for two decades.

"My clients used to be 50 percent Japanese and 50 percent foreigners but recently the number of overseas clients has increased," Yamaguchi told Agence France-Presse (AFP) in his garden in Takasaki city, about 100 kilometers (60 miles) north of Tokyo.

The Akita dog preservation association confirms the surging overseas demand for the dogs.

Yamaguchi has around 20 Akitas at any given time, many of them tiny fluff-ball puppies with white, brindle or reddish coats that tussle with each other or nuzzle their mother looking for food.

Originally a hunting breed, Akitas emerged from the northern Japanese region of the same name.

They are one of six breeds of Japanese dogs recognized as "natural treasures" by the government.

But local ownership has been on the decline, with no more than 3,000 puppies registered each year over the last decade, from a peak of 40,000 in the 1970s.

"The housing situation in Japan is affecting" the number of people who can own dogs as large as Akitas, said Kosuke Kawakita, head of the Akita dog preservation association's Tokyo branch.

"There are many people who want to own one, but they say they cannot because of a 'no pet' policy at their apartment or because they live in a small place." Foreign owners have picked up the slack, with Yamaguchi saying he travels overseas about 20 times a year to personally deliver Akitas to their new owners.

"They understand how you feel just by being near you. And they're loyal."

The dog's faithful character is central to the decades-old true story of Hachiko, an Akita who in the 1920s waited patiently each day at Tokyo's Shibuya station for his master to return from work.

One day, his owner passed away while teaching at the Imperial University of Tokyo but the faithful pet waited for him at the same station for the next decade.

Hachiko is commemorated in a statue outside the station, as well as elsewhere in Tokyo, and his story was turned into a Hollywood film in 2009, starring Gere as the professor.

"The Akita became a very popular dog," overseas after the movie came out, said Kawakita, who has owned more than 30 Akitas since falling in love with them as a teenager.

Other famous Akita admirers have also raised the pooches' profile overseas, including deaf-blind political activist Helen Keller who brought one back to America and Russian President Vladimir Putin, who received a dog as a gift from the Akita governor.