Nomads of Eastern Anatolia set off for cooler pastures 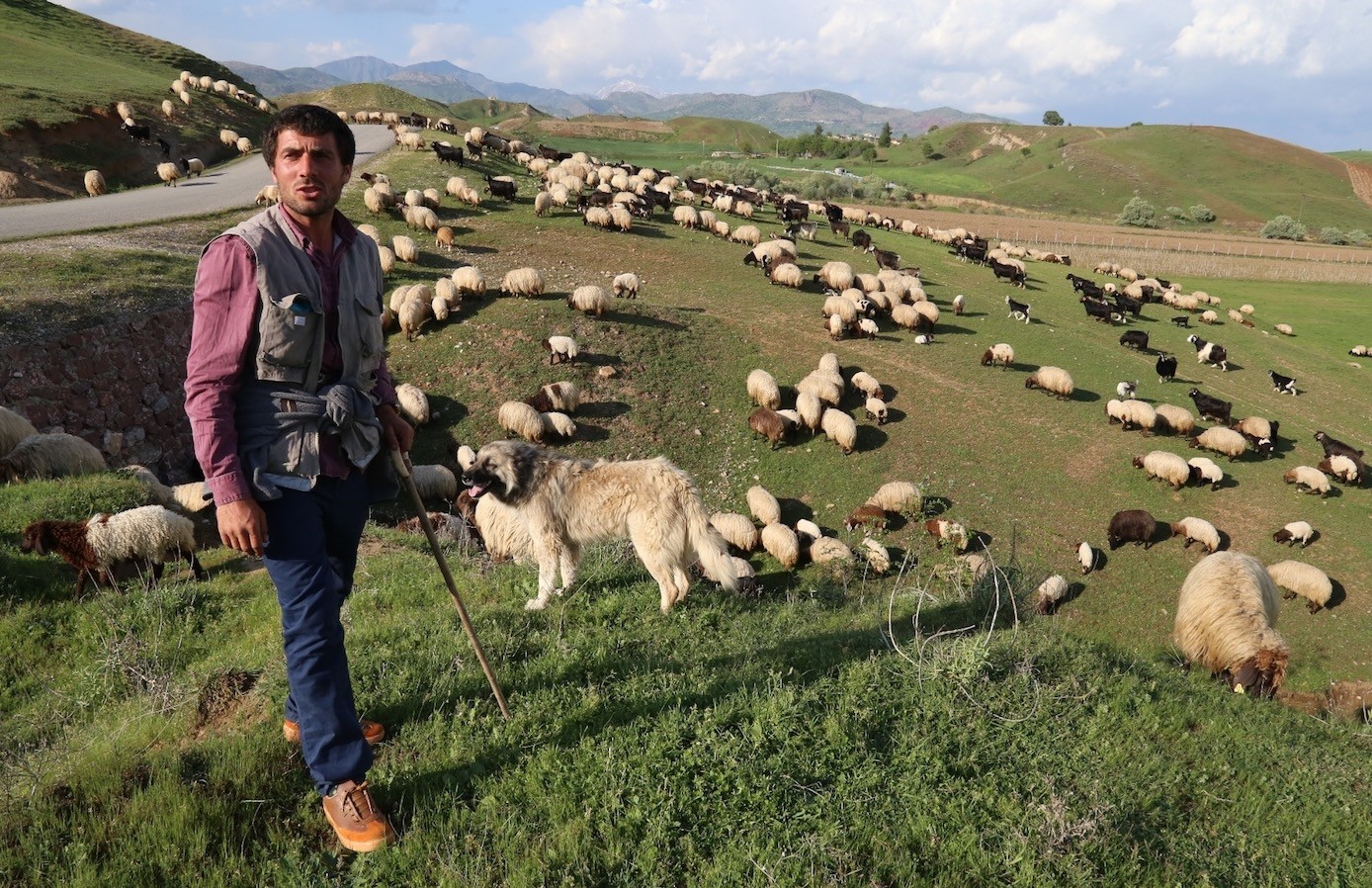 Nomads who spent the last six months in winter quarters in Kozluk district in Batman province set off to take their animals away to cool plateaus with the increase in air temperature.

They brought their animals in October when the air temperature started to decrease in the Eastern Anatolia Region. Recently, a difficult journey started for them again, but this time they are going to the plateaus.

Nomads can bring the animals in peace and comfort after the successful operation aimed at the terrorist organization PKK. After they completed their preparations, they departed with many animals. On their way to reach Muş province's high plateaus where they will spend summer months, they try to prevent any illness for their animals, milking them.

The nomads will reach Muş after the hard journey which will continue for days.

Reminding they spent the autumn and winter in Kozluk district, Emin Sezgin, one of the nomads, told Anadolu Agency (AA) that they protected their animals from the cold in the last six months in their winter quarters. Sezgin, 41, explained that they are on the way again to spend summer months in plateaus.

He said that they collect animals in a place at nights through their journey and shepherds wait in turns. He added they continue their journeys with the first dawn the next day. Mentioning they had some difficulties in the previous years, Sezgin stated, "We go with our animals for days to Muş or Bitlis. Thank God, we do not have problems anymore. Livestock breeding is our job. Some of us have been dealing with it for 50 or 60 years."

Noting they came to Kozluk district as the winter months in Muş are really hard, Mehmet Şerif Soydan also reminded people that they came with 2,000 animals. "It is high time to return cool plateaus. We will bring out sheep from Sason district, passing the foothills of Subaşı Mountain," he explained.

Mentioning they had difficulties on rainy and snowy days, he continued, "We reach Muş after a ten-day journey. We may confront great difficulties on the roads. For instance, my 120 sheep died three or four years ago. We were crossing over, a truck crushed them. Highways are dangerous for us." Another nomad Aynur Soydan said that they completed their preparations for plateaus. Soydan implied they like to go to plateaus even if the journey is really difficult one.