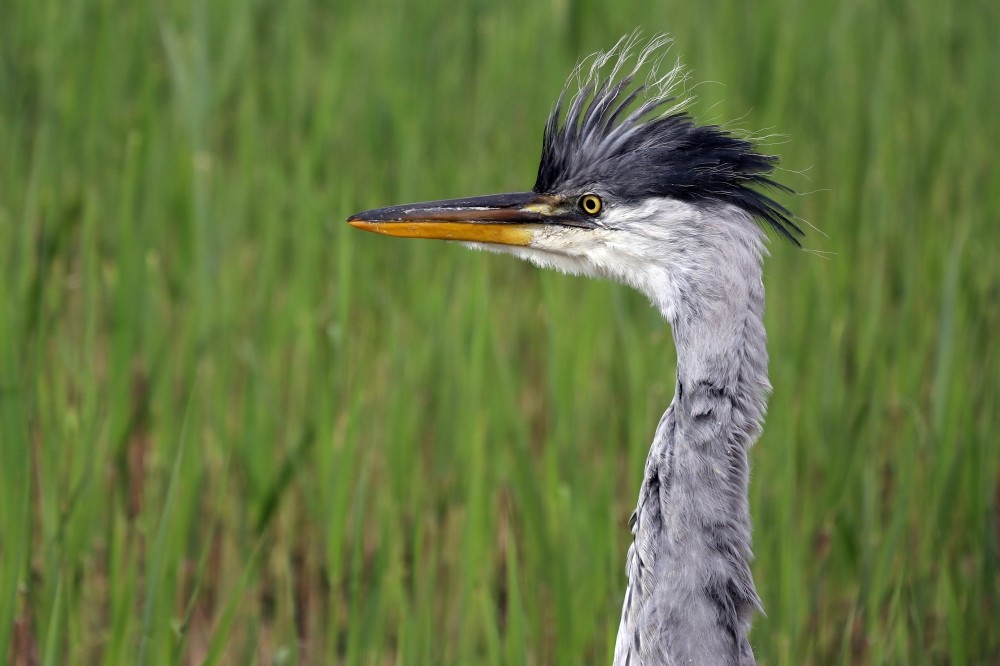 Every winter migratory birds from Aras Bird Paradise in eastern Turkey's Iğdır travel thousands of kilometers to warmer regions in Africa and even Australia. But with warmer weather returning early this year, the birds have also returned 15 days earlier than usual.

Their return has created picturesque scenes for the visitors and bird watchers at the sanctuary.

The migratory birds generally spend spring and summer in Turkey before traveling to warmer parts of the world around fall. Speaking to Anadolu Agency (AA), Iğdır's Forest and Water Affairs Director Mete Türkoğlu said, "Bitterns, night herons, honey buzzards, pallid harriers, sparrow hawks, cuckoos, European bee-eaters and lesser short-toed larks are some of the bird species that spend their summer at the bird paradise every year."

Biologist Emrah Çoban, an expert in bird ringing, said that they have to speed up work this year as the birds have returned two weeks earlier than usual.

"We had a warm winter this year. That's why the birds have come early. In fact, this is a global problem. It appears that we - and the birds - have begun to feel the effects of global warming all over the world. With the arrival of the birds, we had to set up our bird ringing station pretty quickly and start collecting data," said Çoban.

Stating that the data collected at Aras Bird Paradise is assessed at the end of every year and this helps them keep track of the changes in the number of birds as well as other changes in nature.

"The data we collected also shows the effects of global warming in Turkey. We have ringed some 100,000 birds that come here and migrate to the other continents. Birds migrate to warmer places during winter. But the sooner this place gets warm after winter the earlier these migrations take place. Our observations prove that the warming weather around the world is severely affecting the birds' migration habits."