Tree in Pakistan remains 'under arrest' for 120 years 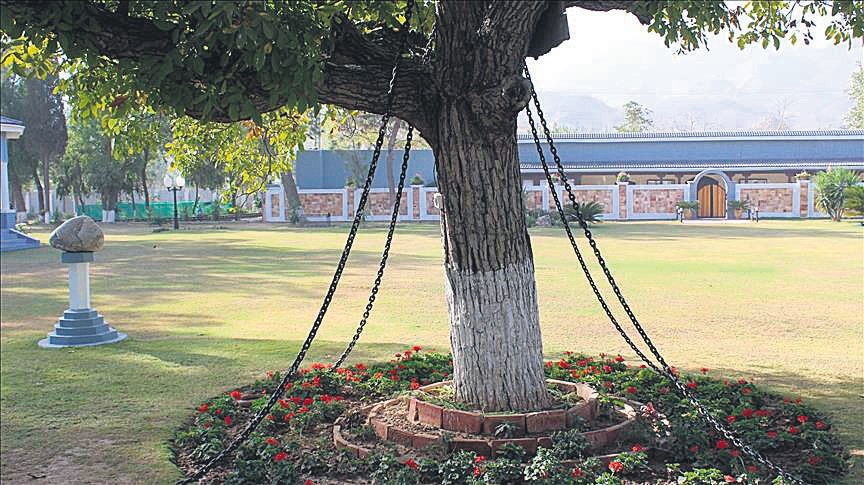 A Banyan tree in northwestern Pakistan, which was put in chains by a drunk British army officer after he placed it "under arrest" during the region's oppressive colonial period, continues to bear the weight of its metal bearings despite a lapse of around 120 years.The so-called arrest is said to have been made in 1898 by British officer James Squid in Landi Kotal, a town near the Torkhan border.

Islam Khan Shinwari, the 60-year-old chief of Khogikheil tribe of Landi Kotal, said: "My grandfather Fateh Khan Shinwari told me that British army officer James was a ruthless man who put this tree in chains in 1898."Shinwari said the place where the tree currently exists used to be his ancestral property but at that time the British army had forcefully taken it from his family and built an officer's mess there.

Despite the fact that Pakistan gained its independence from British colonial rule in 1947, a board on the tree still reads: "I am under arrest. One evening a British officer heavily drunk thought that I was moving from my original location and ordered a mess sergeant to arrest me, since then I am under arrest."The tree, which is now on the grounds of Pakistan Army's Landi Kotal cantonment, remains an attraction for tourists, foreigners and locals.

Abu Zar Khan Afridi, a journalist from the area, said the tree "shows the oppression of British rule in the subcontinent; and just imagine if a British officer could put a tree in chains then, how were they treating the locals of that era?"

"I heard from my father that when our Afridi tribes took over the area, they decided to leave the tree in chains to show our coming generation how the British treated the subcontinent people," Munsif Khan, a tribal from Khyber Agency, said.