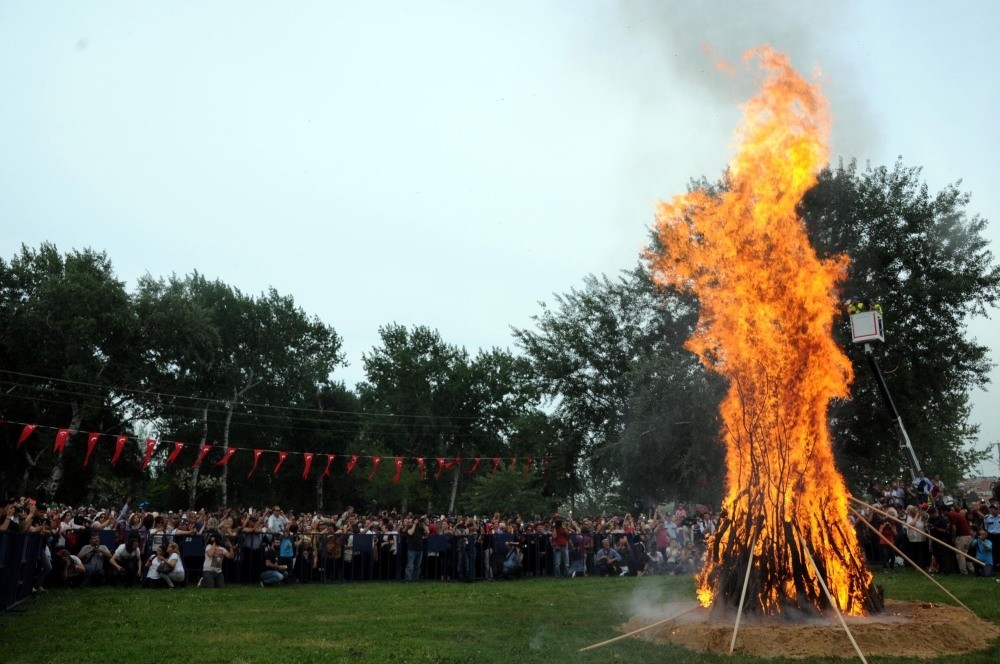 Once the capital of the Ottoman Empire, Edirne is now home to people of different cultures and ethnicities.

Among the inhabitants of Turkey's northwestern province are the Romas.

The ancient tradition of Hıdırellez, which is held to celebrate the coming of spring, falls on May 6 each year. Celebrations start on May 5 around the country, especially among the Roma community, which welcomes it with the Kakava Festival in Edirne.

For the Roma community, the Kakava Festival is more than a celebration of spring: They believe that the awakening of the nature will bring them abundance and blessings.

As a very colorful community, the Roma make the Kakava Festival more exciting than it is. In fact, the ancient tradition takes its roots form a legend called "Baba Fingo."According to the legend, Baba Fingo, the leader of the Romas who were being oppressed by the pharaoh in Egypt, led his people to the Red Sea to hide from Egyptian soldiers. Hence, the Roma community believes that Baba Fingo will come out from the river, resurrected, on the morning of May 6.

The Roma of Edirne continues this tradition alongside the Tundzha River. This year's festival will kick off with a series of horse races. After setting a bonfire in Sarayiçi, a historical district of Edirne, the crowd will spend the night dancing.

As the sun rises on May 6, streams of revelers will flock to the Tunca River where they will wash their faces in the river "for prosperity and health."

They will then proceed to leave candles on the river after making wishes and tying ribbons to a wish tree. Hundreds will also wash their possessions, from clothes to shoes, in the river hoping that the water will bring good fortune to them.