Running for those who cannot at global event in İzmir 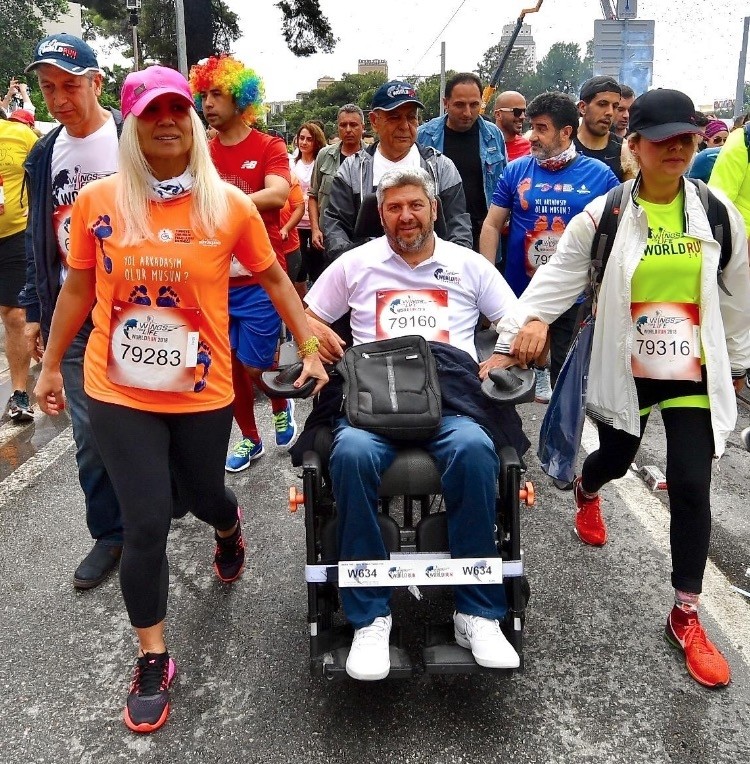 Amateur and professional runners from Turkey and around the world met in the western province of İzmir on Sunday to take part in Turkey's stage of "Wings for Life World Run," held to raise funding for research in spinal damage treatment.

The run kicked off simultaneously at 12 different countries around the world. The Turkish leg of the event was held in İzmir which started in front of Kültürpark at 02:00 p.m. Approximately 8,000 people attended the event, which is one of the largest crowds among all the countries that are taking part around the world.

Thirty minutes after the event starts, the "Catcher Car" starts to move to the finish. Once the car passes the runners, the race is for them is finished as overtaken participants are eliminated until just one, the winner, remains. The Catcher Car in İzmir was driven by Murat Bostancı, Turkish rally champion.