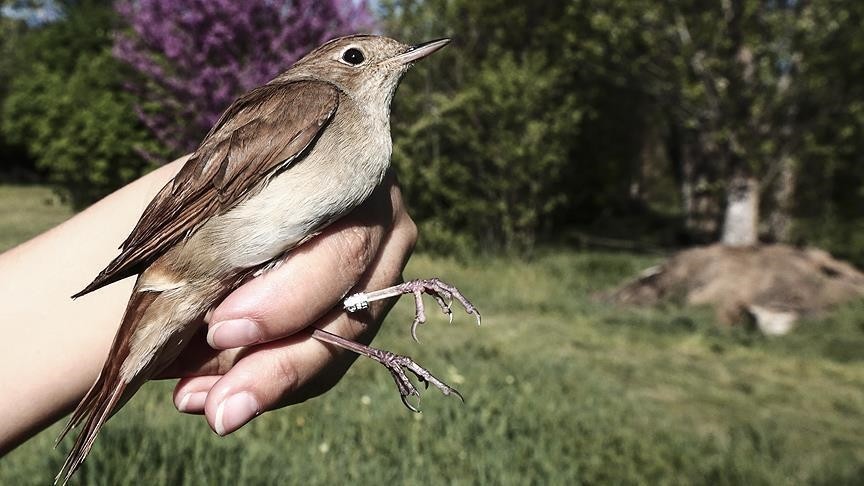 A nightingale, weighing 24 grams and with a life span of eight years, spends a lifetime migrating to Turkey from Central Africa.

Arzu Gürsoy Ergen, an academic from Ankara University's Faculty of Science, told Anadolu Agency (AA): "We have determined the nightingale, which we captured as part of the National Bird Ringing Program to determine the effects of global warming, had been ringed in Turkey in 2011, and since then it has been migrating regularly from Central Africa to Turkey."

Ergen said Ankara University and Middle East Technical University were conducting bird ringing in cooperation with the General Directorate of Nature Protection and National Parks to follow the effects of global warming and identifying migration routes, feeding, breeding and accommodation areas of birds.

She said 330 birds of 31 different kinds were ringed in the first stage of the study.

"A nightingale, with an average life span of eight years has regularly been flying from its home in Africa and coming to Turkey for seven years after covering thousands of kilometers of a painful journey with its tiny wings, has been a significant finding," Ergen added.