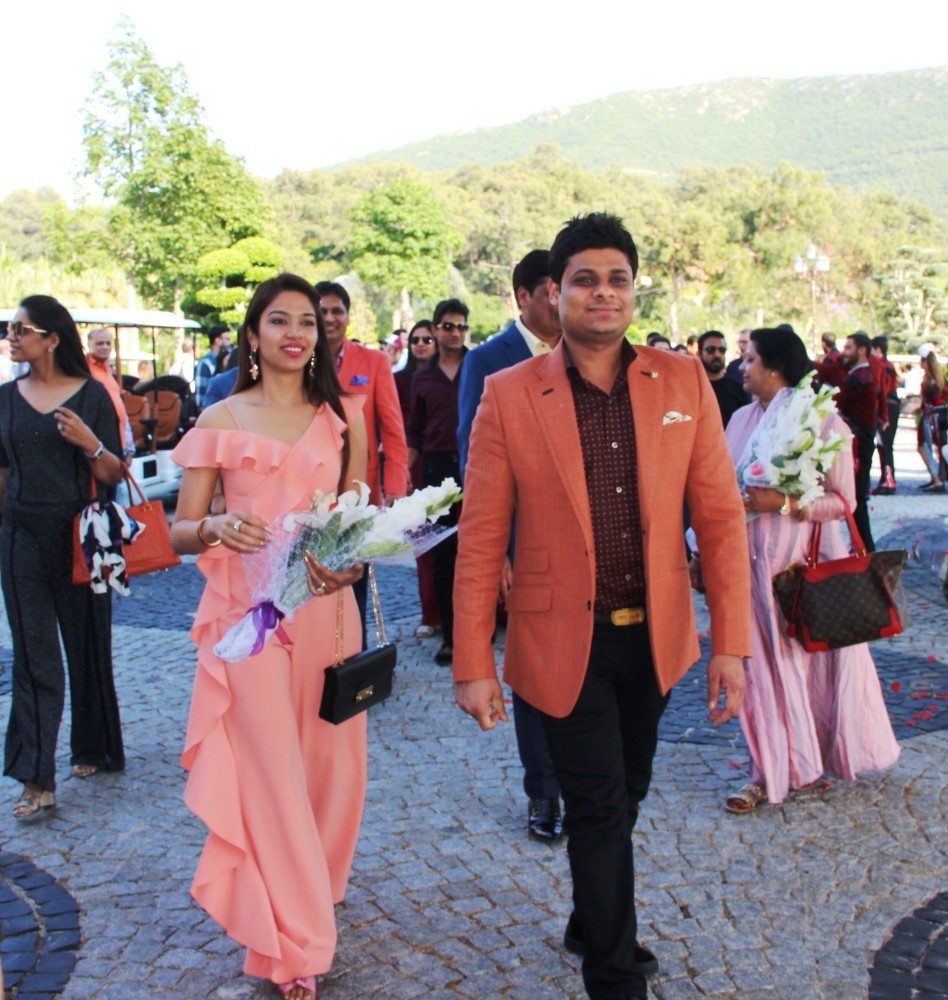 Bodrum, in southern Turkey's Muğla, is currently hosting a lavish Indian wedding that has cost about $1 million.

The bride Divya Agarwal and the groom Piyush Bansal, whose father is the head of M3M Group and partner of Donald Trump Jr., will tie the knot on May 12, but the celebrations have already begun.

"Three planes, 15 jets and 60 vehicles were rented for the guests," Manager of Bodrum by Paramount Hotels and Resorts, Geylan Dursunoğlu said.

He added that some 500 guests, including famous Bollywood stars, will travel from India for the wedding.

"The festivities will continue for four days and four nights. It will be a marvelous wedding," Dursunoğlu said.

India, with a population of more than 1 billion, ranks second in group organizations after the U.S. and first in wedding tourism.

Turkey is looking to claim a share of the Indian wedding industry, which is worth around $60 billion. It has made serious progress in the last two years, thanks to President Recep Tayyip Erdoğan's visit to India last year and the efforts of local tourism companies.