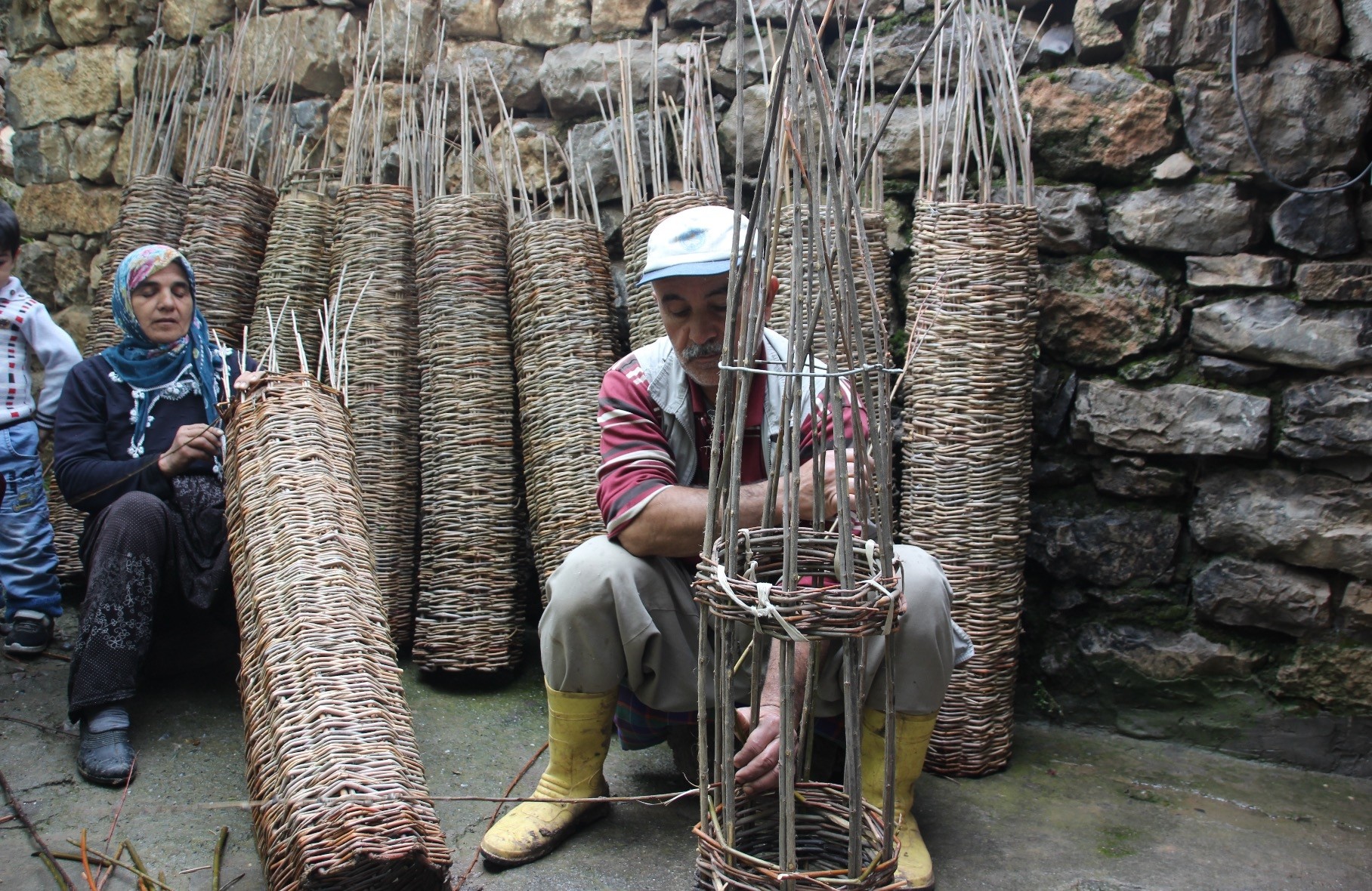 Living in Narlı village, the Korkmaz couple uses skeps, which are a rarely-preferred traditional method, even though modern beehives are used in beekeeping.

They sun dry the baskets that they weave from willow branches and then the couple covers them with animal feces mixed with hay. They then sell these baskets, which they also use, for TL 80 ($19) or TL 100 to people from nearby districts.

Reşit Korkmaz said that they moved to the village after he retired and started to deal with beekeeping, animal breeding, and growing rice and wheat.

Having nearly 70 hive bees, Korkmaz said, "We collect the branches of willow trees near the Great Zap in spring months. While they are still sappy, we weave baskets from them. Then, we cover them with animal feces and ashes. We use ash to prevent any illness in honey bees. We burn the surface, as well. Organic honey is produced inside these baskets untouched by human hands. Its taste is something else."

Ayşe Korkmaz also implied she is dealing with beekeeping along with daily chores. "When I finish chores, I help my husband weave the baskets. We use some of them and sell the rest," she said.