Microchips get under the skin of technophile Swedes 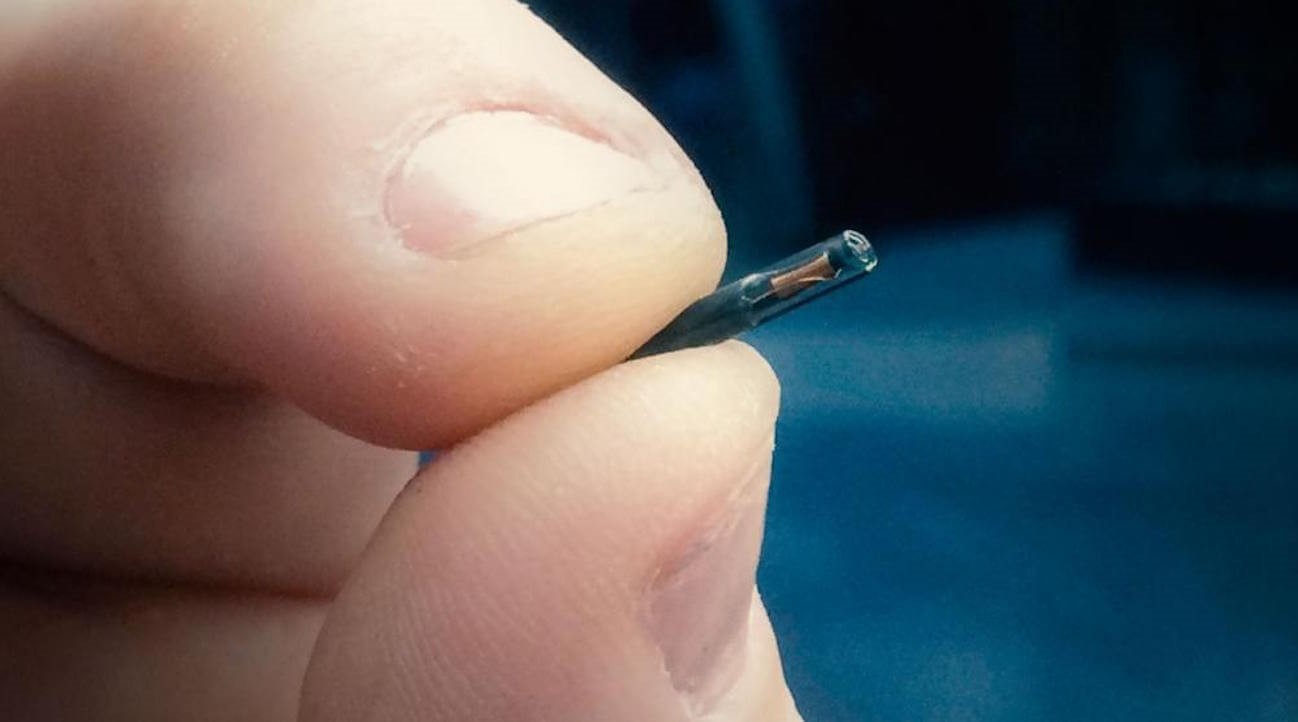 It's the size of a grain of rice but could hold the key to many aspects of your life.

A tiny microchip inserted under the skin can replace the need to carry keys, credit cards and train tickets.

That might sound like an Orwellian nightmare to some but in Sweden it is a welcome reality for a growing number who favors convenience over concerns of potential personal data violations.

The small implants were first used in 2015 in Sweden - initially confidentially - and several other countries.

Swedes have gone on to be very active in microchipping, with scant debate about issues surrounding its use, in a country keen on new technology and where the sharing of personal information is held up as a sign of a transparent society.

The 28-year-old Ulrika Celsing is one of 3,000 Swedes to have injected a microchip into her hand to try out a new way of life.

To enter her workplace, the media agency Mindshare, she simply waves her hand on a small box and types in a code before the doors open.

"It was fun to try something new and to see what one could use it for to make life easier in the future," she told AFP.

In the past year, the chip has turned into a kind of electronic handbag and has even replaced her gym card, she said.

If she wanted to, she could also use it to book train tickets.

Sweden's SJ national railway company has won over some 130 users to its microchip reservation service in a year.

Conductors scan passengers' hands after they book tickets online and register them on their chip.

Sweden has a track record on the sharing of personal information, which may have helped ease the microchip's acceptance among the Nordic country's 10 million-strong population.

Citizens have long accepted the sharing of their personal details, registered by the social security system, with other administrative bodies, while people can find out each other's' salaries through a quick phone call to the tax authority.

The implants use Near Field Communication (NFC) technology, also used in credit cards, and are "passive," which means they hold data that can be read by other devices but cannot read information themselves.

Although still small, they have the capacity to hold train tickets, entry pass codes as well as access certain vending machines and printers, promoters say.

When Celsing's innovatively minded media company organized an event where employees could get the implants, she followed the crowd.

She said she felt nothing but a slight sting when the syringe inserted the chip into her left hand, which she now uses on an almost daily basis and does not fear hacking or possible surveillance.

"I don't think our current technology is enough to get chip hacked," she says.

"But I may think about this again in the future. I could always take it out then," she adds.

However, for Ben Libberton, a microbiologist working for MAX IV Laboratory in the southern city of Lund which provides X-rays for research, the danger is real.

The chip implants could cause "infections or reactions of the immune system," he warned.

But the biggest risk, he added, was around the data contained in the chip.

"At the moment, the data collected and shared by implants is small, but it's likely that this will increase," the researcher said.

The real question, he added, is what data is collected and who shares it.

"If a chip can one day detect a medical problem, who finds out and when?" he asked.

Libberton worried that "the more data is stored in a single place as could happen with a chip, the more risk it could be used against us."

But Jowan Osterlund, a piercings specialist and self-proclaimed champion of chip implantation, brushes off fears of data misuse and conspiracy theories.

He advocates the opposite view, arguing that if we carried all our personal data on us, we would have better control of their use.

Despite unanswered questions however about how the technology will progress, the appeal of being part of a futuristic experience is a strong draw for some users.

"In Sweden, people are very comfortable with technology and I would say there is less resistance to new technology here than in most other places," Libberton said.

At an "implant party" organized by Osterlund in Stockholm, 59-year-old Anders Brannfors stands out with his salt-and-pepper hair among the curious 30-something hipsters.

Delighted to have become a 2.0 version of himself, he has yet however to find a use for his chip several weeks after the implant.