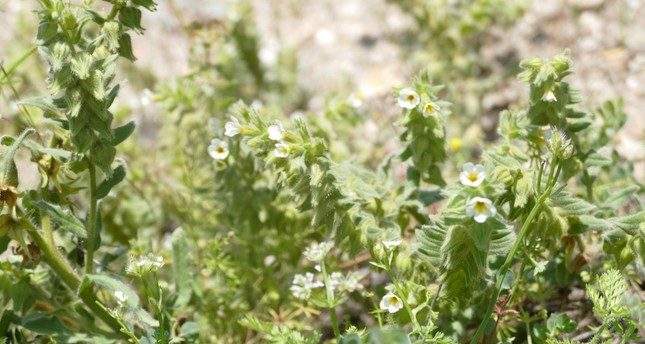 A rare plant species has been discovered in Turkey's northern Amasya province for the first time in 128 years.

According to reports, the endemic plant named "alkanna haussknechtii bornm" was discovered by academics and national parks officials near Yuvacık village, after two years of work and was immediately recorded.

The plant was initially discovered by German botanist Joseph Friedrich Nicolaus Bornmüller near Amasya's Mount Lokman in 1889 and was named after him in 1894.

In 1994, Professor Arzu Cansaran from Amasya University had reportedly come across the plant near Mount Kırklar but lost track of it and was unable to record it.

Another professor from Amasya University Cengiz Yıldırım noted that they will move the plant to higher regions to ensure that it does not submerge amid an ongoing construction for Aydınca Dam.

Meanwhile, researchers will analyze the plant to see if it can be used in the pharmaceutical industry for medicinal purposes.

Share on Facebook Share on Twitter
Previous in Life A mosque in the Andalusian city of Granada in southern Spain that... Next in Life Plastic straws, plates, cotton buds and balloon sticks are among a...
DAILY SABAH RECOMMENDS