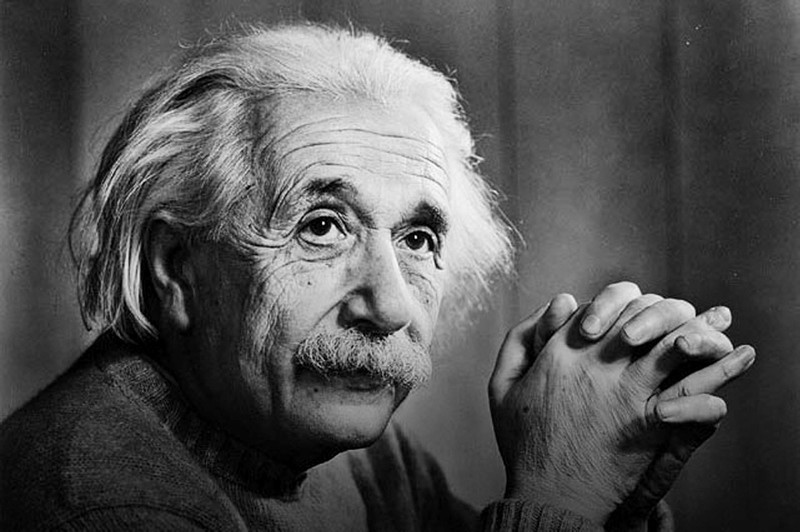 The publication of Albert Einstein's travel diaries documenting his Asia trip in the 1920s has revealed that the famous physicist had racist attitudes towards Chinese people.

The "Travel Diaries of Albert Einstein: The Far East, Palestine, and Spain, 1922–1923," published by Princeton University Press, give details about Einstein's visits to China, Singapore, Hong Kong and Japan over a period of five-and-a-half-months.

According to the publisher, the handwritten journals expose ""stereotyping of members of various nations and raise questions about his attitudes on the race."

British daily The Guardian published Tuesday some entries of Einstein's travel diaries that can be interpreted as prejudiced.

"Chinese don't sit on benches while eating but squat like Europeans do when they relieve themselves out in the leafy woods. All this occurs quietly and demurely. Even the children are spiritless and look obtuse."

The physicist even called Chinese people a "peculiar herd-like nation… often more like automatons than people," saying that they were "industrious, filthy, obtuse people."

The senior editor of the book, Ze'ev Rosenkranz, told The Guardian that some sections were "pretty unpleasant—what he says about the Chinese in particular."

Rosenkranz also added that unlike Einstein's widely-known public image the book reveals a totally different side of the "humanitarian icon." "They're more off guard, he didn't intend them for publication," the editor said.

German-born Einstein is mostly known for his theory of relativity and mass-energy equivalence formula. The Nobel Prize-winning physicist was visiting the United States in 1933 when Adolf Hitler came to power and decided not to return to his homeland. He became a U.S. citizen in 1940 and lived there until his death in 1955. During a speech at Pennsylvania's Lincoln University, the physicist called racism a "disease of white people."